A Few Good Reasons To Visit Karnataka This Summer 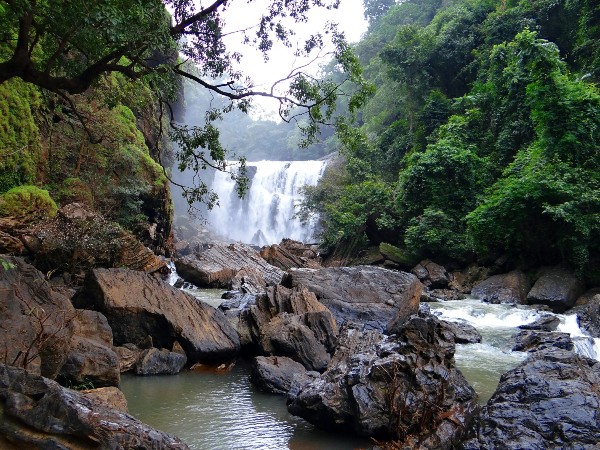 Abode to the Western Ghats (a UNESCO World Heritage Site), Karnataka is one of the best holiday destinations to traverse this summer. The summer season in Karnataka predominates from March-May and is best travelled in March i.e. if you fancy the clear skies, verdant picturesque views, and imposing roads. Moreover, Karnataka transforms into a jewel during summer, as the hill stations along the Western Ghats turn hazy after conventional winter with streams reaching the peak of their powers before descending over hillsides as dazzling waterfalls.

The summer season is an ideal time to visit Karnataka as it offers refreshing, sunny conditions and verdurous habitat; enhancing its natural bounties and further justifying why it is truly called 'one state with many worlds'.

We bring you some of the best reasons why you must visit Karnataka this summer. Have a look!

Karnataka Is Home To Several Rivers And Waterfalls

Due to the heavy precipitation during monsoon and winters, Karnataka is full of beautiful rivulets and breathtaking cascades like the Jog Falls, Shivanasamudra, Abbey Falls, Gokak Falls, Shivaganga Falls, Kudla Theertha Falls, Mekedattu, Shivaganga Falls and Onake Abbi Falls, just to name a few. Other famous waterfalls here include Barkana Falls (10th highest in India) and Jogigundi Falls which are both exceptional picnic spots for locals and tourists alike.

Reveals The True Side Of Karnataka's Historical Monuments And Ruins From the red sandstone sculpted caves of Badami to the concrete temple complex at Male Mahadeshwara Hills in Chamarajanagar, architecture in Karnataka is not something that can easily be overlooked. Embarking on temple journeys with an expert local guide or well-written guide book is certainly the most reliable way to make the most of the experience with holidays to Gol Gumbaz and the hidden Ibrahim Rauza in Bijapur summoning additional acumen as to the celebrated role of Islam in Karnataka. Karnataka makes for a refreshing summer holiday destination for travellers and tourists.

Karnataka Is A Trekker's Delight

Several trekking trails are located in and around Karnataka like the Mullayanagiri and Baba Budangiri (near Chikamagalur), Kavala Caves in Dandeli, Nandi Hills, Shivaganga Hills and Skandagiri in Bangalore, Hidlumane Falls, Kodachadri in Murdeshwar and Kudlu Theertha Falls or Nishani Gudda in Agumbe, to name a few. Moreover, there is a spot named Sunset Point in Agumbe, which is an arcade erected to observe a beautiful sunset with picturesque views of the neighbouring countryside. There are also ruins and historical temples dating back to the Hoysala and Chalukya Empires here which draw the attention of many a history buff.

Karnataka Is Rich In Biodiversity

The greenery in Karnataka accounts from the fact that it is adjoined along with one of the last surviving ghats and lowland rainforests. Karnataka is home to several rare species of animals, birds and medicinal plants like Garcinia, Myristica, Diospyros, Listsaea, Eugenia, Hoiligarna, and Ficus among others. The Western Ghats form parts of the largest adjacent forest stretches in India. It is worth noting that Karnataka is called Serpent capital, especially for being a natural habitat for King Cobra.