Nativeplanet
»
Travel guide
» Rajouri - The Land Of The Kings

Rajouri - The Land Of The Kings 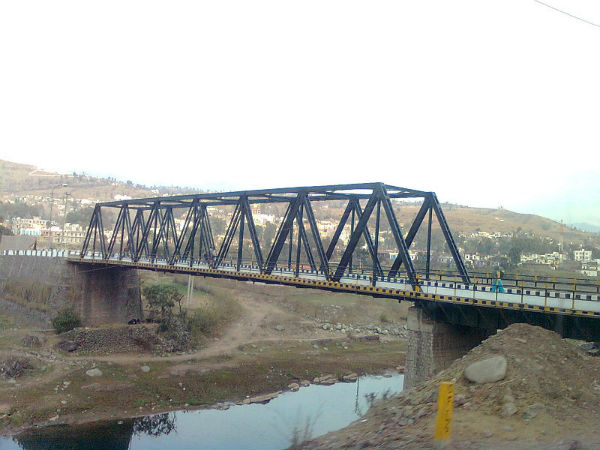 The ancient town of Rajouri received its recognition only in 1968 when it was accorded the status of an independent district. During the ancient times, the place was part of Panchal Desa whose king had his daughter Draupadi married to the Pandavas. The travel records of Hiuen Tsang speak of Rajouri as a part of the Gandhar territory and later emerging as a powerful state.

Earlier records from the 4th century BC show that Rajouri was the capital of the political set-up in Abhisar and during the invasion of Alexander, it attained its height. During the Mauryan period, Rajouri was a famous trade destination.

The uniqueness of Rajouri is its serene location among the lofty Himalayas and this particular feature was acknowledged even by the Mughals who considered it as a strategically important place to secure its boundaries. The well-known Mughal influence is seen in the form of various forts which have now fallen in ruins or exist as reminiscent of the past.

Small valleys, numerous hills and meandering brooks dominate the valley. The snow-capped virginity reveals the immense rich density of flora and fauna in its lower heights. The breathtaking charms dominate the entire landscape and no doubt it has been accorded the status of mini Kashmir in recent times.

Although the majority area around Rajouri has been under the defence and the city life with bustling bazaars are a common feature, yet the serene mountains tell the historic tales of valiant rulers fused with spiritual recognition of oneself.

Best To Time To Visit Rajouri

Rajouri has a cool and calm climate with clear skies. The winters are chilling and mountain accessibility is hindered by snowfall. Tourists planning to visit this place must be aware of the road conditions beforehand. The best time to visit Rajouri ranges from October to March.

How To Reach Rajouri

There are no direct flights to Rajouri from any city of India. Majority of the defence developments in the area has rendered wide all weather roads from Jammu which is the pivotal point to start the journey.

By air: The nearest airport is Jammu which is 149 km from Rajouri. Regular state buses and private vehicles are available from here.

By rail: Jammu is the nearest train station which is linked to other destinations of the country by regular trains.

By road: Rajouri is 96 km from Srinagar and 150 km from Jammu city. The Poonch highway likes it to the two major cities. Army permits might be required to travel along the highway and ensure that beforehand to avoid last minute hurdles.

The Dhanidhar fort was constructed by Mian Hathu, the erstwhile ruler of Rajouri. It was built using the leftover ruin of the monuments belonging to the Jaral kings. The ancient Pal dynasty rulers are believed to have commanded this fort once to save the Dogra forces from invasion. The higher elevation was found suitable for the kings to watch outsiders. Later on, the Dhanidhar Fort was also used as a grain dumping site of local farmers during the revenue collection.

Kotranka is a village in the Rajouri district located on the banks of 'Gabbar Nallah'. The tiny streams of water flow through the barren rocks and under old bridges. The nearby vegetation has an immense variety of flora and fauna and is a picture perfect scene for picnic and outings.

One of the most famous Islamic shrines in Jammu, the Shahdra Sharif shrine is dedicated to Baba Ghulam Shah Badhsha back in the 19th century. The shrine stands atop a beautiful hillock and has interesting folklore attached to it which the locals recite day long in its premises.

The Bauli is a spring water lake and is the most revered tourist destination of Rajouri. Belief says that the Bauli has underground links with the Nandsagar Lake. The lake houses beautiful species of fishes and clear freshwater. Since ages, the lake has preserved its pristine ecology and it still renders charm to the areas nearby. Camping near the lake or a trail hike to nearby hillocks is highly popular among nature enthusiasts.

The Pir Panjal range represents a series of lofty mountains and a chain of beautiful lakes which are accessible via the Dehra Ki Gali. Nestled among the mountains and passes of the Himalayas, tourist accommodation is readily available here close to nature. Backpackers should avoid this region during winters due to heavy snowfall.

Comments
Read more about: jammu and kashmir
Other articles published on Jun 12, 2019