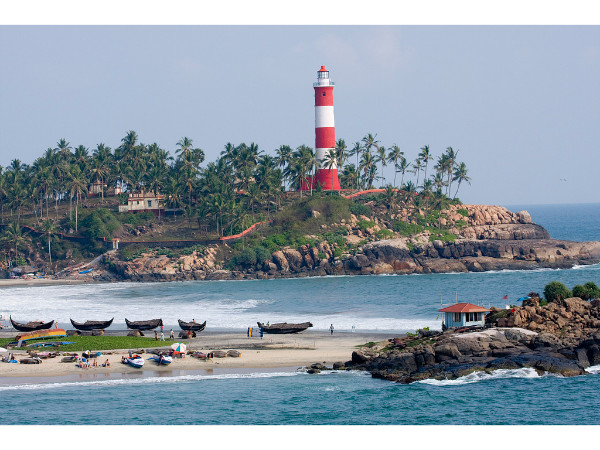 Who doesn't love to climb the curvy stairs of a lighthouse to get the best views of the sea? Of course, lighthouses are built to help in the navigation of ships. Though they are a little outdated due to the advent of modern technologies, lighthouses are still important. Since many lighthouses allow public, it becomes an important part of beach tourism.

Undoubtedly, it is most amazing to watch the sea from the top of a lighthouse. India is also dotted with lighthouses at several coastal areas. Although some are not functioning, they are used for the purpose of tourism. Many are still a part of maritime navigation and have been serving the ports.

We have come a long way from wood burning light to the laser lights used in the lighthouses. Today, they are also the historical places which served during the ancient times. So, let us explore some of the popular lighthouses in India remembering the passage of time.

Kaup Beach is one of the top beaches located in Udupi of Karnataka. Amidst the beautiful sea shore, there stands the tall tower of Kaup Beach Lighthouse. After an assent of about 100 stairs, we can reach the top of this lighthouse. It offers a splendid view of Kaup Beach dotted by several rock formations. An entrance fee has to be paid at the bottom of the lighthouse.

Fort Aguada is one of the Portuguese architectures in Goa. Today, the well-preserved Fort Aguada and the lighthouse are the main attractions at Sinquerim beach in Goa.

Lighthouses are the best way the vistas of beaches from a higher point. They are also the beautiful spots to take splendid photographs.