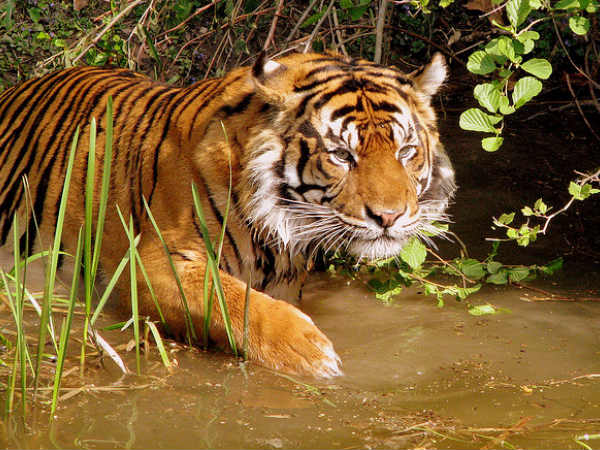 At the heart of the nation and on the banks of the river Narmada lies the town of Hoshangabad in the state of Madhya Pradesh. Also known as Narmadapuram, this quiet town is known for its scenic beauty and its varied wildlife.

Some of the tourist places to visit in Hoshangabad include the Satpura National Park, which is teeming with wildlife, dense forests and the Ramji Baba Samadhi which is a local religious place here.

By Air: The nearest airport to Hoshangabad is the Raja Bhoj Airport, located in Bhopal at a distance of about 70 km. It is well connected to all the major cities of the country

By Train: Hoshangabad has its own well maintained railway station with a good frequency of trains. The Hoshangabad Railway Station is located in the heart of the city. The place has a good connectivity of rail lines from all major cities of Madhya Pradesh.

By Road: Hoshangabad is also well connected to all major cities of Madhya Pradesh through a network of good roads. Since, its location is not very far from the capital of Madhya Pradesh it is convenient to travel by road. Visitors can hire a taxi or board a bus to reach the city.

One of the tourist places in Hoshangabad is the Satpura National Park, which is famous for its Tiger Reserve. It is among a few of the unexploited tiger reserves in the country. The reserve has a rugged landscape with deep valleys, waterfalls and narrow gorges which makes it an ideal place for the tigers to roam. Some other wildlife which you can get a glimpse of here include; the spotted deer, porcupines, tigers, leopards, marsh crocodiles, black buck and Indian Giant Squirrel.

Another place to visit in Hoshangabad is the Ramji Baba Samidhi, which is dedicated to the saint Ramji Baba. This spiritual place has a shrine built in memory of Ramji Baba and is visited by devotees throughout the year. It is believed that the calmness of the place enters all individuals who come here to pay their respects.

Another tourist palce in Hoshangabad is the Sethani Ghat which is one of the largest ghats in India. During the Narmada Jayanti festival thousands of people come to this ghat and float diyas in the river. It's an amazing sight to behold. The ghat has been named after Jankibai Sethani, who funded the construction of this ghat.

The Hushang Shah Fort is a very old fort built by the Malwa ruler Hushang Shah on the banks of the river Narmada. Although now the fort lies in ruins, you can still explore this beauty and be amazed by its architecture. It is a hotspot for photographers as it gives a panoramic view of the region from the top of the fort.