When we talk about the land of 'butter chicken', you shall notice that it is the land of five rivers where 'Punj' means five and 'Aab' is another word for water. If we name the rivers flowing past the state, they are Sutlej, Ravi, Beas, Jhelum and Chenab. Have you heard of the Rig Veda? It is the holy book of Hinduism and there Punjab has been named as "Sapta Sindhu". Now, in the Rig Veda seven rivers are mentioned, which are Saraswati, Satadru, Vipasa, Asikani, Iravati, Vitasta as well as Sindhu. It is even popular in the epics Mahabharata and Ramayana as 'Panchnanda' or the land of five rivers.

Up for a vacation at this dainty little city of Punjab called Mansa, which shall offer you relaxation and peace, away from the humdrum of the city? The vibrant fields and spacious open spaces allure the tourists whereas the pleasant surroundings are attractive too. The Mansa fair in the months of March and April is quite rejuvenating. Devotees flock in large numbers when its 'Fair-time'. The diverse culture of the place is praiseworthy and it was founded by Bhai Gurdas. This 'area of white gold' pulls a lot of visitors from Delhi for a relaxing weekend vacay.

Mansa has an interesting history to fall back on. It started by being a part of the Phulkia Sikh Dynasty and then went on to be a part of the Kaithal Sikh Kingdom. It finally converted to a district on 13th April 1992. If we talk about this place called Dhaliwal Jat Sikh, the founder of Mansa was married here. As the legends have it, after he was refused by his in-laws to have his wife back, he sat in full meditation outside their house till they agreed to finally send their daughter to him. But this time, he was the one who refused as he had by now sacrificed all worldly pleasures. A municipality has been playing an active role in this town since the year 1952.

How To Reach Mansa

By Air: You can avail a flight for Mansa from the Ludhiana Airport from where Mansa is only 109 km away. It is around 158 km away from the Chandigarh Airport in Chandigarh, Punjab.

By Rail: You shall find trains from all major cities in the country which shall go up to Mansa on a regular basis. The train station is Mansa (MSZ).

By Bus: There are regular bus services to Mansa from all major cities of the country. The bus stop is Mansa.

If you are keen on exploring the local attractions in Mansa, then it can be any time of the day like early in the morning, afternoon or suitably during the evening or night-time. There are tourist places which can be visited by travellers at any given time. The best time to visit Mansa shall definitely be the months of February, March, October, November and December.

Tourist Places Of Attraction In Mansa

Can you guess who was the founder of Mansa? Bhai Gurdas. It is not at all difficult to guess that the Samadhi was built in fond memory of him. He chose this place to meditate for years as the legends have it that his in-laws had kept his wife away from him. To honour him all the more, an annual fair is held in the months of March and April.

This plant is an amazing site to explore. The dam was started to be built on the 19th of November 1969 and a huge amount of around INR 115 crore was spent. And could you estimate how much power it must be producing? Around 110 MW. But, Sardulgarh town exactly belonged to where? The royal state of Patiala.

Sardulgarh town is quite a primitive town of Patiala. Wondering how it got its name? Now let us sweep in the royal prince of Patiala, Sardul Singh. It served as the hunting premises for him. The stunning Sardulgarh fort belongs to him! Take note of a few other tourist attractions like the Triveni Mandir and Hanuman Mandir.

Have you heard about the two brothers named Budha and Ladha, who belonged to the Khatri caste? It is them whom the town is named after. In the beginning, it belonged partially to the Kaithal State. It is located on the Bhatinda-Delhi railway line. It shall interest you to know that there is a marketing committee in the town which is responsible for all the produce being sold. When it comes to providing the farmers with the latest technology and, of course, the choicest facilities, it has to be 'anaj mandi' and 'jeeri yaad' in town! You can also take a tour of plenty of rice mills and cotton factories present.

So, what is keeping you waiting? 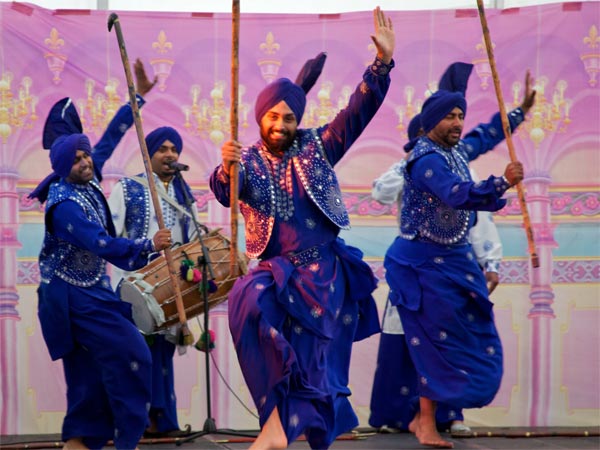 Also read:Comprehensive List Of Things To Do When In Punjab