Nativeplanet
»
Travel guide
»A Travel Through the Architecturally Rich Town of Bundi in Rajasthan!

A Travel Through the Architecturally Rich Town of Bundi in Rajasthan! 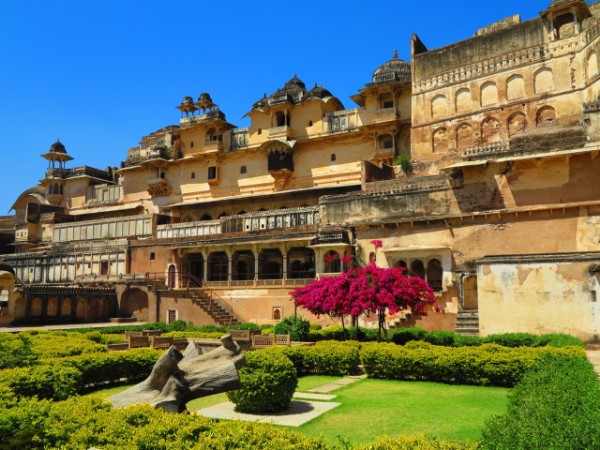 The desert state of India proudly boasts of a rich and grandeur past! The mysteriously captivating red sands of Rajasthan is a home to some of the architectural marvels in India. Many splendid forts and palaces stand the test of time in this rugged yet enticing landscape. Let's take a tour through a town in Rajasthan which is renowned for its ornate forts and palaces - Bundi in Rajasthan.

Bundi is a major tourist attraction in Rajasthan quite known for its spectacular landscape. Known for its ornate forts and palaces, Bundi is also acclaimed for its step well reservoirs known as baoris. Only a few places in Rajasthan retain the magical atmosphere of centuries past, like Bundi does. Let's see the places to visit in Bundi.

Places to visit in Bundi

Taragarh fort is the most impressive structure in the town of Bundi. Constructed in 1354, the ramshackle fort of Taragarh is located up on a steep hillside. During its heyday, Taragarh Fort was renowned for its tunnels crisscrossing the entire hillside. It also has 3 tanks which never dry up!

Situated on a hillside adjacent to the Taragarh fort, the palace is famous for its lavish traditional murals and frescoes.

Bundi is famous for its architecturally brilliant step well reservoirs called Baoris. The largest of Bundi's baoris is the intricately carved Raniji ki Baori, which is one of the largest examples of its kind in Rajasthan.

Nawal Sagar is a large square-shaped artificial lake in the centre of Bundi containing many small islets. A temple dedicated to Varuna, the vedic god of water, stands half-submerged in the middle of this lake.

The cream coloured palace which inspired Rudyard Kipling - Sukh Mahal, the largest of Kunds - Dabhai Kund, picturesque lakes of Jait Sagar and Phool Sagar and Chaurasi Khambon ki Chhatri are some of the other places to visit in Bundi.

Things to do at Bundi

The historically opulent town of Bundi is worth a tour across! The ornate forts and palaces , unique and architecturally rich structures of step wells, and beautiful lakes in Bundi would impress any travel enthusiast. During the festivals of Kajali Teej, Gangaur Festival and Bundi Festival, this laid back town transforms into a spry mood!

Travel to Bundi in Rajasthan for a reviving vacation. The historical city of Bundi would never cease to amaze you! Happy Travelling :)