Lohri 2022: The Harvest Festival Of India 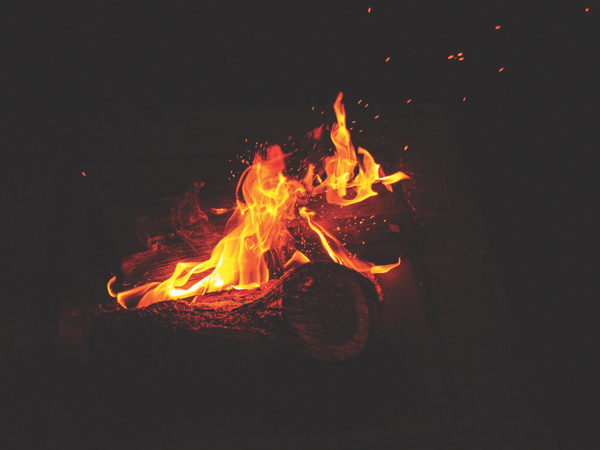 When is Lohri: The festival of Lohri is around the corner and arrangements are on in full swing. This year the festival of Lohri falls on 13th January, Sunday, and it is celebrated a day before Makar Sankranti, another Hindu festival which marks the beginning of bright and sunny days.

What is Lohri: Check up on your travel calendar and save the date for the upcoming big event this month, Lohri 2022, the harvest festival of India. Lohri is one of the major Indian festivals that is celebrated primarily in the northern belt of the country. The festival marks the bearing of wheat crops which is of great significance for the people. In the northern belt of the country, wheat is considered as the main crop, and around the month of October, crops are sown by the farmers, with a hope of a golden harvest, by the months of March or April. In the month of January, the celebration of Lohri marks the end of the winter season, where people look forward to a beautiful spring full of hopes and joy. It marks the onset of the harvesting season and celebrates the arrival of the new year. The festival bespeaks of people's gratitude to the Almighty for his provisions and blessings. Lohri is a day of thanksgiving and is celebrated with love, ardour, enthusiasm and vigour.

The festival is mostly celebrated by the Sikh community but Sikh or no-Sikh, the beauty of the vibrant carnival is such that it unites people from other religions and communities. Places in the northern belt of the country like Amritsar, Chandigarh, Ludhiana and Delhi go all out for the celebrations. For people who hold a wish to witness of what all goes in the celebration, can plan a trip to these cities and experience the uniqueness and flavour of the festival in all its entirety. Sneak a peek into these cities and let's see how they come alive during one of their favourite festivals.

The city of Amritsar goes all out and celebrates Lohri like no other city. The Lohri celebrations kick off in the city with bustling markets lined up with colourful shops with the stirring fragrance of jaggeries and sweets. The Golden Temple on this day gets all lit up and its massive community kitchen runs to feed hundreds and thousands of visitors, and the sky is all saturated with vibrant flapping tails of kites in various shapes and sizes. People celebrate the festival with love and purity. The city gets all decked up, with people strutting around the streets in their finest attire, the streets get lined up with a melange of eateries, gifts are exchanged, and a bonfire is arranged!

To witness the Lohri celebrations in all grand and glory, Ludhiana in Punjab makes for a place that should be in your checklist. The jovial dynamic energy of Ludhiana during the Lohri festivities is infectious. Dance to the rhythm of the dhol and perform some bhangra or gidda with the dance troupes throbbing on the streets of Ludhiana, bathing the streets with colours of joy and merriment. Everything looks gorgeous and trippy with the city being decked up in all the festive colours along with some traditional food and music you won't be able to say no to!

The twin capital of the two northern states of the country, Chandigarh celebrates the festival of Lohri in all pomp and vigour. Here, in the capital, the festival gets a touch of its cosmopolitan lifestyle, and is celebrated in both traditional and modern ways. The Guruduwaras get all lit up and come alive, basked in the glory of lights, festivities and bonfires. With Lohri parties being thrown in the city, people meet friends, hosts house parties, wear traditional dresses, prepare some traditional cuisine or celebrate their own exclusive way.

When it comes to celebrations and festivities, the capital city of Delhi is all show for it. The city never sleeps with the Lohri festivities around, and the bustling markets of Delhi get all flooded with jaggeries, delicacies and gifts. The streets are the merriest with brightly decorated lights, authentic lantern displays and shops decked up with gifts and jaggeries, music streaming from the little windows and all things festive! It is a festival that unites people, and people from other communities as well, come together and take part in the celebrations as one.