Nativeplanet
»
Travel guide
»Pilgrimage Centres In Jharkhand: Where A Blissful Life Is Guaranteed

Pilgrimage Centres In Jharkhand: Where A Blissful Life Is Guaranteed 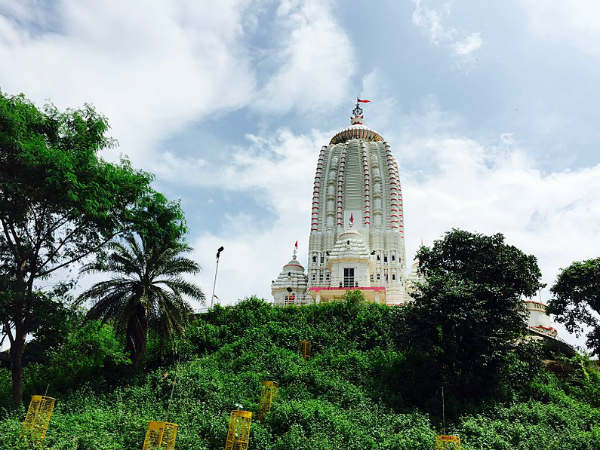 What do you think about Jharkhand? Is it a place with forests and no tourism or a state with hundreds of valuable splendours? Let us tell you that Jharkhand is one of the few states which completes the beauty of India. If you are surprised by this fact, then you really need to look at its beauties which have been flourishing for centuries. Will you believe that you can find every kind of tourist spot within its boundaries that cannot be witnessed in other states of central India?

Yes, from waterfalls to hills, farm fields to streams, lakes to forests, monuments to religious sites, you can spot thousands of tourists spots here. How about exploring the pilgrimage centres in Jharkhand this season? If you are keen on learning about its divine temples and religious centres, then this article is definitely for you. Read on to learn in detail about them.

Located on a small hillock on the outskirts of Ranchi, Jagannath Temple was built during the late 17th century by a king named Thakur Ani Nath Shahdeo. The temple was constructed on the similar architectural style as that of Jagannath Temple in Puri, Odisha.

Hence, it is considered one of the important landmarks in the state. Dedicated to Lord Vishnu, this ancient temple is frequented by millions of tourists and devotees every year. The major thing which distinguishes it from other temples in the state lies in the fact that it allows people from all castes and religions to enter the compound.

As it is located in the capital city of Ranchi, it is one of the most visited temples in the state. Like Jagannath Temple at Puri, it also hosts a rath yatra every year which is attended by tourists and devotees from all over the state. Wouldn't you love to get yourself to this wonderful location and immerse yourself in spirituality? You can also explore the history of the temple.

Another beauty which defines the devotional aura of Ranchi, Pahari Mandir, clear from its name, is located atop a hill and overlooks the settlement and natural beauty of the city. With an elevation of about 2140 feet, it is also one of the highest temples in the state.

Pahari Mandir is dedicated to Lord Shiva and hence, it is considered as a significant religious site amongst Hindus, especially Shaivites. If you are looking for a site in Ranchi where you can actually feel the beauty of stillness and savour the panoramic beauty of the capital city, then it is this picturesque temple.

The presence of beautiful trees spread all around the temple and atop the hill helps in maintaining a pleasant and charming atmosphere. Isn't it an interesting spot to soothe your nerves? On one hand, you can indulge in religious activities inside the temple and on the other hand, you can enjoy the pristine surroundings of Ranchi from the hilltop.

Jharkhand is nowhere deprived of pilgrimage sites and hence, every town in this beautiful state is somewhere related to spirituality and divinity. Deoghar is one amongst these spiritual towns which have become immensely popular amongst Hindu devotees and other tourists.

Home to Baidyanath Temple, one of the 12 Jyotirlingas in India where Lord Shiva appeared in the form of a light, Deoghar is believed to be the place where demon king Ravana worshipped Lord Shiva and offered his ten heads to get the boon of immortality. Wouldn't you love to witness such a historic place?

Even though the exact history of the temple is unknown, it is still believed that the temple was formed thousands of years ago by a king who was an ardent devotee of Lord Shiva. However, later on, the temple was invaded and plundered by several foreign rulers. Today, the temple is one of the highly revered places in India and is visited by millions of tourists.

Rajrappa is a small town in the Ramgarh district and is popular as a pilgrimage centre on account of the presence of Chhinnamasta Temple. The temple is dedicated to Goddess Chhinnamasta who is known as a nude goddess standing on a mating couple and holding her severed head in her hand. Isn't it a strange temple?

Have you ever heard of such a temple where a goddess without a head is worshipped? If not, then you are not supposed to miss this unusual beauty. To your surprise, the temple is visited by tourists and Hindu devotees from the states of Jharkhand, Bihar and West Bengal. The compound of the temple also houses several other shrines dedicated to Hindu gods, such as Lord Shiva, Lord Surya and Lord Hanuman.

One of the most famous pilgrimage sites in Jharkhand and a highly revered religious centre amongst Jain followers, Shikharji is located in the midst of dense forests atop Parasnath Hill, the highest of them all in the entire state. Hence, it is a preferred destination for several nature lovers and photographers apart from Jain followers and other devotees. It is also considered as a place where one can easily attain salvation.

It is a complex of more than 20 temples amongst which Jal Mandir, Parshvanath Temple and Gautam Swami Temple are the most popular. How about trekking up the hill and catching panoramic views of the nearby settlements along with savouring the beauty of a peaceful, secluded and divine atmosphere?

Comments
Read more about: india travel tourism pilgrimage jharkhand ranchi temples lakes waterfalls
Other articles published on Jul 18, 2018
We use cookies to ensure that we give you the best experience on our website. This includes cookies from third party social media websites and ad networks. Such third party cookies may track your use on Nativeplanet sites for better rendering. Our partners use cookies to ensure we show you advertising that is relevant to you. If you continue without changing your settings, we'll assume that you are happy to receive all cookies on Nativeplanet website. However, you can change your cookie settings at any time. Learn more
Change Settings Continue