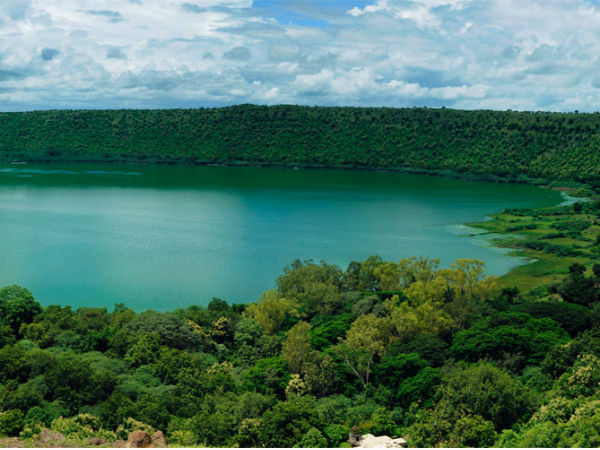 However, even though Nagpur is a place no one would like to leave, there are many places around Nagpur that will surely allure you to wander off, so you can see what's beyond the mesmerising city of Nagpur. Here's a list of few weekend getaways around Nagpur that you definitely should not miss.

Also known as Satpura ki Rani, Panchmari is one of the most beautiful hill stations in the Hoshangabad district of Madhya Pradesh. If you are looking to escape into the world full of natural wonders amid tranquillity, then you must consider taking a break at Pachmarhi.

Flourishing in the valleys of Satpura Range, this wonderful place is no less than a wonder considering the fact that it allures visitors from all over the country. From ancient caves to a sunset point and waterfalls to churches and temples, each and every corner of Pachmarhi deserves a visit on account of its untouched surroundings and unpolluted environment.

The major places which attract every tourist include Pandav Caves, Anglican Church, Bee Point and Sitting Point. So, how about taking a stroll in the aisles of nature at Pachmarhi?

If you are looking to spend your weekend in the midst of historical monuments surrounded by natural beauty of trees and gardens, then Sanchi is the place where you should be this weekend.

Located in the Raisen district of Madhya Pradesh, Sanchi is popular worldwide for its Great Stupa, which is considered one of the finest examples of architecture in the world and is a UNESCO World Heritage Site. It is a Buddhist complex with myriad stone structures dating back to the period before the Christ Era.

From architraves to several inscriptions from the Mauryan period, there is a lot to explore and discover in the historical space of Sanchi. The major places which should not be missed by anyone include the Great Stupa, Udayagiri Caves and Chetiyagiri Temple.

Situated in the Buldhana district of Maharashtra, Lonar is immensely popular amongst domestic as well as international tourists for its Lonar Crater Lake, which was formed after a hypervelocity meteor hit the surface. Being one of its kind in the world, it witnesses visitors in thousands of numbers every year.

It is surrounded by lush green trees and beautiful vegetation, thereby, alluring several photographers too. You can also visit the ancient temples which are located in the vicinity of Lonar Crater Lake. The major temples in the region include Daitya Sudan Temple, Kamalja Devi Temple and Gomukh Temple.

Being the capital city of Madhya Pradesh, it is one of the famous en route destinations in the state. It is generally a gateway to the popular places and surreal locations in Madhya Pradesh. However, there are certain places within the boundaries of Bhopal too, which have been attracting visitors for centuries.

Also known as the city of lakes, Bhopal is one of the greenest places in India and is popular amongst tourists for its natural beauty as well as historic splendour. From ancient monuments to charming lakes, you can find everything within Bhopal.

Hence, it becomes one of the favourite weekend destinations for every traveller. The major places to visit include Upper Lake, Birla Mandir, Bhimbetka Caves, Van Vihar and Taj-ul-Masjid.

One of the major and fastest growing cities in Madhya Pradesh, Jabalpur cannot be out of the list if the talk is about weekend getaways from Nagpur, especially on account of its natural beauty and historical significance. Also known as the Marble City, you can find innumerable places of interest in Jabalpur, ranging from picturesque waterfalls and beautiful temples.