Must-visit Temples In Coorg: Explore Beyond Its Natural Beauty 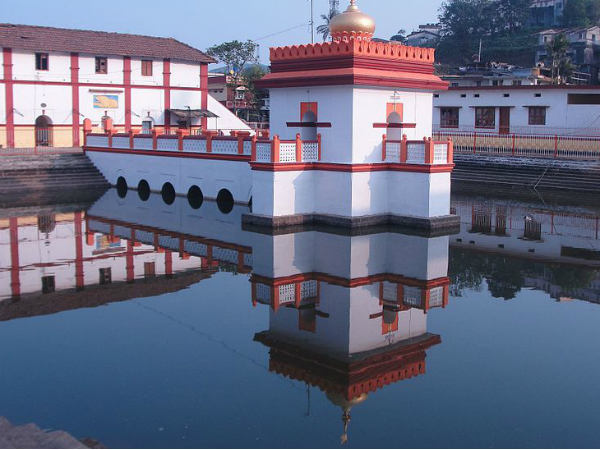 Located in the state of Karnataka, Coorg is a beautiful hill station and a popular honeymoon destination on account of the presence of misty hills, thick forests, charming lakes and alluring gardens. All these features of Coorg make for a perfect weekend getaway. But do you known Coorg is also home to several ancient temples and beautiful religious sites? If not, then why not explore beyond the natural beauty of Coorg and unveil its hidden beauties this season?

Following are the major temples in Coorg which should not be missed by any traveller, especially by a tourist who is looking forward to attaining peace of mind. The tranquil and vibrant complexes of these temples will certainly help you soothe your soul. So, read on to know more about these must-visit temples and their religious significance.

Built in the early 19th century by a local king named Lingarajendra, Omkareshwara Temple is dedicated to Lord Shiva in the form of a lingam, which was brought from the holy land of Kashi, i.e., Varanasi. As per local legends, it is said that when King Lingarajendra killed a Brahmin for an unknown reason, he brought this Shivalinga to control the spirit of that Brahmin, as he was trying to trouble the king in his dreams and daily-life activities.

Since then, this temple has been a major religious site in the region. Today, it is frequented by thousands of local devotees and seasonal tourists who come here to catch a glimpse of the pristine Shivalinga placed inside the sanctum of the temple. As the temple is surrounded by a beautiful pond, one can certainly feel the essence of divinity and calmness here.

With an elevation of about 1276 m, Talakaveri is one of the most popular pilgrimage sites in Karnataka and is dedicated to Goddess Kaveriamma. It is located on the slopes of Brahmagiri Hill and is known as the origin of Kaveri river, which flows through Karnataka and Tamil Nadu.

The tank from where the river originates is the prime attraction of Talakaveri Temple, as it is said that your journey to Talakaveri will always be incomplete without taking a dip in the holy waters of its tank. The temple is surrounded by beautiful hills and green vegetation of Coorg and hence, it is a perfect place to spend your weekends amidst serenity and collectedness.

Located in the vicinity of Talakaveri in a small town called Bhagamandala, Bhagandeshwara Temple is a Shiva temple at the confluence of three rivers, namely, Kaveri, Sujyoti and Kannike, and is an important pilgrimage centre in the Kodagu district of Karnataka.

It is also mandatory for the visitors to take a dip in the waters of this river conflux. You can also visit certain other temples and tourist spots in Bhagamandala, which include Aiyangeri Temple dedicated to Lord Krishna.

Padi Igguthappa Temple is an important religious centre for the locals of Coorg, as Lord Igguthappa is considered as their chief instructor and is also known as the lord of rains and crops. The temple is located amidst deep woods in a small village called Kakkabe and is believed to be in existence since the 12th century.

However, the exact history related to the temple is still unknown. The beautiful surroundings of the temple will certainly allure you to visit this ancient beauty again and again.