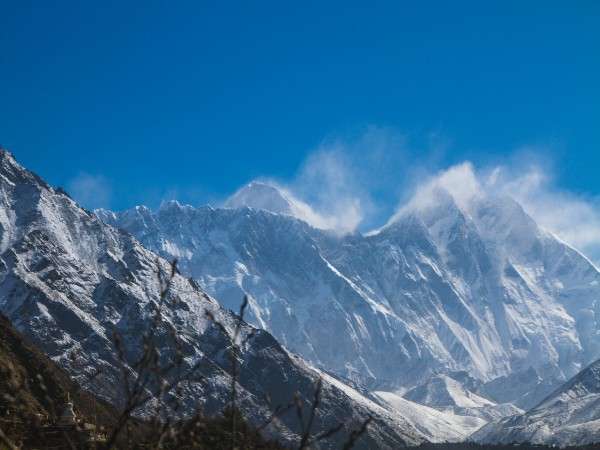 The snow leopard and panda are just two of the endangered species that call the park home. Sagarmatha, a national park since 1976, is well known for both its scenic beauty and its cultural and religious significance.

Here is the Must know real facts about Sagarmatha National Park:

First Nepalese national park to be listed as a UNESCO World Heritage Site
The number of visitors has steadily increased since 1953 when the first successful summit trip took place. One of the earliest national conservation areas in Nepal, Sagarmatha National Park, was formed in 1976. Three years later, UNESCO followed up by designating it a World Natural Heritage, making it the nation's first national park to be designated as a World Heritage Site. The Everest region quickly became a popular travel destination.

Mount Everest, the highest mountain in the world, is one of Sagarmatha National Park's most notable features. The summit is located in the northeastern Solokhumbu district in the country's northeast. There are several additional notable peaks in the park, which is a part of the Himalayan biological zone, the majority of which are higher than 6,000 metres. The summit is extremely rugged with deep canyons, glaciers, and enormous boulders, with the majority of the park being above 3,000 metres. The top offers a blend of natural and cultural tourism goods because of its Himalayan landscape and distinctive culture.

The park is also home to 193 different kinds of birds, including the snow pigeon, blood pheasant, red-billed chough, snow cock, & yellow-billed chough. The park's vegetation varies greatly according to height. Although the majority of the flora is colorful during the monsoon season, from June to August, the renowned rhododendrons bloom in the spring from April to May.

Around 6000 Sherpas reside in the nearby villages of Pangboche, Namche Bazar, Khumjung, Kunde, Thyangboche, etc. These people have Tibetan influences in their culture and are descended from Tibetans in the early 16th century A.D. During the peak tourist season, the Sherpas from these 20 villages briefly assemble near the trekking route. The Sherpas have historically relied on agricultural work to make a living, but today they are becoming more and more dependent on tourism.

While the towering peaks of Mt. Everest & other notable mountains are the region's highlights, there are a number of interesting places to explore for people who don't mind engaging in some trekking activities. The list includes Tengboche Monastery, Gokyo Lakes, Kala Pathar, Cho La Pass, and of course the most famous Mt. Everest. The principal activity in Sagarmatha National Park is trekking on the world's most well-known trekking route, the Everest Base Camp. Mountaineering is another important activity in this area. Numerous mountaineers come to the park annually to climb peaks like Mount Everest. The Everest Base Camp may also be reached by helicopter, which is a popular attraction for travelers and mountaineers.