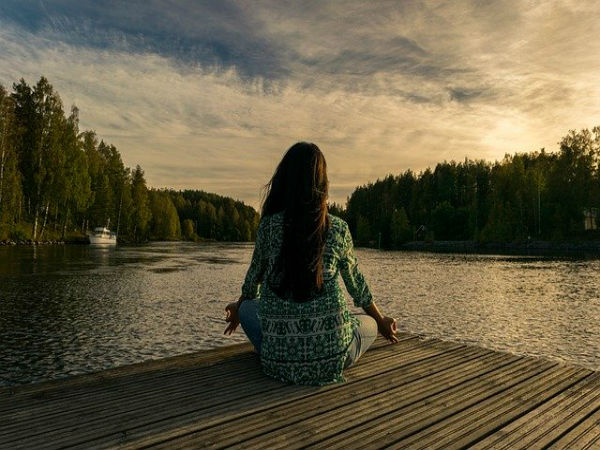 Air pollution is our most substantial worry, and if the records and reports are anything to go by, it's only going to get worse - especially in India, since the world's 25 most polluted cities lie well within our very borders. Besides, we may be living in one of those cities right now!

Though we are oblivious to global warming and climate change, we might as well convince ourselves that it's okay because pollution is everywhere, but it isn't! There are many cities and places in India that are doing their best to curb pollution!

Nativeplanet has compiled 10 least polluted cities in India that have less than 35 micrograms per cubic metre (which is the prescribed limit as per World Health Organisation (WHO)).

Located about 165 away from Aizawl, Lunglei is one of the least air-polluted cities in India. Lunglei boasts of brilliant air quality and it's more than fairly clean and pure compared to other cities in India. And it is one of those rare cities in India that has an air quality index less than the prescribed limit by the World Health Organisation (WHO). Thus making it "perfect for living and traversing. If you are considering to visit Lunglei this year, then have a look at the best attractions in Lunglei.

Mysore, located about 140 km away from Bangalore, was recently declared as one of the cleanest cities in India. Far-famed for its heritage sites, Mysore doesn't come as a surprise entrant in the list of least polluted cities in India; as it's also the one of the least populated city in the country. Its air quality rating is 84, which is commendable in terms of Indian standards or say Delhi's Standards.

Turns out Mizoram has the maximum number of ‘least polluted' cities in India. Kolasib, one of the eight districts of Mizoram state in India, has a PM10 concentration less than 35 micrograms per cubic metre. Though not much is known about this scenic wonder, Kolasib's untouched beauty, crisp cool air and verdant surroundings make it one of the best places to explore this year!

Dawki, an enchanting place with lesser vehicle ratio in India, is known for its beautiful lakes and verdant rolling hills. Thus, it is not surprising to see Dawki among the least polluted cities in India. The air quality is high(excellent), which asserts that healthy living is a part of the cities' culture. Here is a quick and handy travel guide to Dawki.

Mangan, located at an altitude of 953 m, boasts of some of the best natural bounties in Sikkim. Mangan doesn't disappoint when it comes to air quality either. The city's PM10 concentration is less than 35 micrograms per cubic metre, which makes it a healthy city to live in and travel.

Here's another one from the "gods own country". Kollam is a serene coastal city, which is also home to one of the extensive IT parks in India that can be accessed by road, rail and air. Not enticing enough? Well! there is more, its air quality is rated at 79, making it the second least polluted city in India and 29th in the world! Kollam is a perfect beach destination to travel with your loved ones!

Nongstoin, the lesser-known places in Meghalaya, is one of the best destinations to visit for natures lover! It is an excellent place to witness and experience Meghalayan true culture in the form of food and festivals. Nongstoin deserves a spot in the list of less polluted cities in India, as its air quality is rated high(excellent) which is lung-friendly.

Gokarna, a beach haven located by the Arabian Sea, is one of the least polluted cities in India. Far-famed as the ‘poor man's Goa' can be every man's dream of a pollution-free life. Moreover, the beaches and its lush green environs make it more appealing.

Champhai makes for the perfect hiking destination in India. A few years back it was ranked the cleanest city in India. However, with the influx of tourists, currently, the air quality has come down a few notches. Nonetheless, it is still better when compared to other places in India.

Comments
Read more about: air pollution india
Other articles published on Feb 26, 2020
We use cookies to ensure that we give you the best experience on our website. This includes cookies from third party social media websites and ad networks. Such third party cookies may track your use on Nativeplanet sites for better rendering. Our partners use cookies to ensure we show you advertising that is relevant to you. If you continue without changing your settings, we'll assume that you are happy to receive all cookies on Nativeplanet website. However, you can change your cookie settings at any time. Learn more
Change Settings Continue