Nativeplanet
»
Travel guide
»This is How Kolkata Got Its Name!

This is How Kolkata Got Its Name! 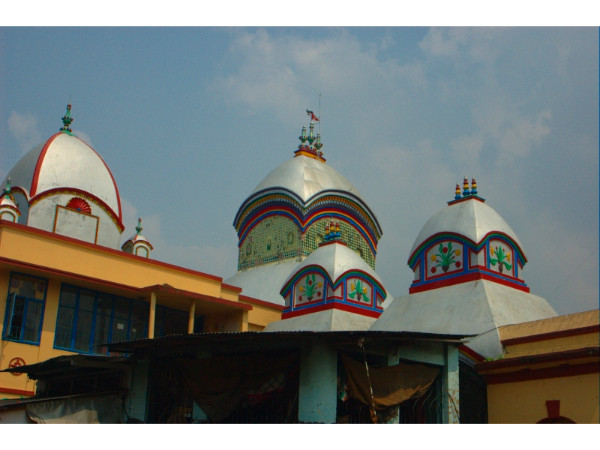 Goddess Kali is the prime deity of West Bengal. Here people greatly believe in Kali or Durga and hence there are many temples dedicated to her. The Kalighat Kali Temple in Kolkata is also one of the prominent temples.

Significance Behind the Name

It is said that the name Kolkata is derived from the Kalighat temple. Yes, Kalighat Temple on the banks of River Hoogly is one among the prime goddess temples in Kolkata.

The structure of the present temple is around 200 years old. It was built by a reputed family of the city. The descendents of the family are said to be managing the temple even to this day. Though the current building is not ancient temple, the shrine is mentioned in several ancient literary works. Hence, it is believed that Kalighat Kali Temple existed as a small shrine before it was built on a large scale.

According to the legend, Sati's toes of the right foot fell at this place during Rudra Tandava. Hence Kalighat Kali Temple is one of the 51 Shakti Peethas in India.

Kalighat Kali Temple is located on the banks of Hoogly river. However, the Hoogly river has moved away over time. Now a canal named Adi Ganga which connects to Hoogly river is near the temple. It is called as Adi Ganga because this canal is said to be the source of Hoogly River.

How to Reach Kalighat Kali Temple

How To Reach Kolkata

Kolkata, the capital of West Bengal, is a vibrant city rooted in its culture. It is a bliss to explore this beautiful city.

Comments
Read more about: religious travel temple
Other articles published on Jan 5, 2017
We use cookies to ensure that we give you the best experience on our website. This includes cookies from third party social media websites and ad networks. Such third party cookies may track your use on Nativeplanet sites for better rendering. Our partners use cookies to ensure we show you advertising that is relevant to you. If you continue without changing your settings, we'll assume that you are happy to receive all cookies on Nativeplanet website. However, you can change your cookie settings at any time. Learn more
Change Settings Continue