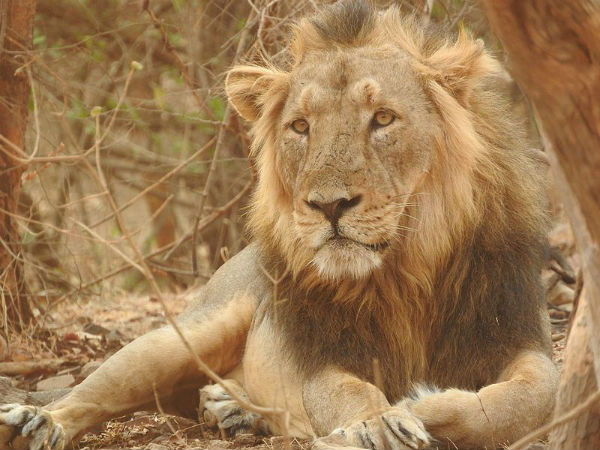 Jungle safari is a very unique way to explore the untouched trails of nature. It gives you an opportunity to observe the wildlife in their natural habitat in the free jungles of the country. Jungle safaris and forest trails give you an option to explore the jungles via jeep, or on elephant rides or a much better option - by foot.

Jungle safari is not limited to exploring jungles of a particular region but these also include wildlife sanctuaries, national parks and other protective reserves. Adventure enthusiasts have a choice of camping amidst wildlife and can explore the place even better being close to nature.

It is one of the best ways to explore Mother Nature, by staying at the jungle lodges which are opened up by the respective forest departments that would include the safari. With 100 odd national parks, 40 tiger reserves and 450 wildlife sanctuaries, one must make sure to head to these enchanting, mostly unexplored sites.

India is home to a large variety of flora and fauna - be it the mountains of Uttarakhand, the deserts of Rajasthan, etc., every corner of the country encloses rich wildlife. Read on further to know some of the best places for Jungle safari in the country.

Bandhavgarh National Park is a dry, deciduous and tropical land, which brings out beautiful dense forest trails by which one can discover many wonderful species of wildlife in the lush surroundings of the eastern Satpura range.

The National Park's forests comprises of sal and bamboo, which provide a home to the Sambar, Indian Wolf, Python,Tiger and many more such species of animals. Here, visitors are allowed into the park in open jeeps accompanied by naturalists at fixed timings. The timings of the park vary as per the seasons.

Nestled in the minor southern reaches of the Satpura hills, this national park is named after the river Pench. The national park was the inspiration behind Rudyard Kipling's much-famed novel - The Jungle Book. The park is situated in the southern edge of Madhya Pradesh and shares its borders with Maharashtra.

At Pench, the Sambar, Cheetal, Nilgai, etc., are easily spotted grazing in the free lands on the roadsides and in the river banks and reservoirs. One can also spot herds of Gaur near the streams and bamboo patches regularly in the summer months along with sightings of the Tiger.

At Gir one can touch the history of the country, which existed before the arrival of humanity. The Gir National Park is a restricted area and is home to the Asiatic Lions and also Leopards. The park is located in southwest Gujarat and is dotted with an abundant variety of flora and fauna.

Situated in the Chandrapur District of Maharashtra, it is one amongst the prominent and unique tiger reserves in India and is also one amongst the Tiger Reserve Projects in the country. The Tadoba National Park is home to a large variety of flora and fauna, making it a must visit place for a wildlife enthusiast.

The place is often known as the jewel of Vidharbha due to its rich collection of flora and fauna. A good variety of wildlife can be found in its deep valleys, grassy meadows and river bed, apart from the many perennial water resources.

One of the well-known and former hunting grounds of the Jaipur Maharajas, Ranthambore National Park is a major draw amongst the wildlife lovers, wildlife photographers and nature lovers. Ranthambore is a Tiger Reserve area, which is located in the Sawai Madhopur district in Rajasthan. The national park is a well-known habitat of the Tigers.

It is one of the finest locations in the country to find the majestic predator in its natural habitat. The tigers can be found easily here during the day, busy in their quest of hunting and taking care of their little ones.

Also known as the Rajiv Gandhi National Park, this sanctuary is located on the borders of Mysore and Coorg. A Tiger Reserve, but this is also a place to find wild elephants and is also home to wild dogs and deer. The park is a tropical dense forest with streams running through it, where one can spot wildlife easily.

Corbett National Park offers great sightings of the Royal Bengal tiger along with bears and pythons. The national park is one of the most popular and most-visited wildlife parks in India. Apart from the wild animals, one can also enjoy the chirping sounds of the birds and with over 500 birds here, it almost doubles up with the migratory birds coming here every year.

Sunderbans National Park is an example for how an entire wildlife is formed in perfection. The national park is located in the charismatic Sunderban delta, which is considered as the largest delta of the world.

The national park is divided into four sections and have been put together, as they share the estuarine mangrove ecosystem. The major attraction here is the royal bengal tiger apart from large reptiles like the monitor lizard, estuarine crocodile and the olive ridley turtle.

Spread across the edge of the Brahmaputra River, the Kaziranga National Park is a World Heritage Site and is one of the remaining unspoilt wildernesses in the eastern part of India. The park is a host to two-thirds of the one-horned rhinoceros. The park also boasts about the highest density of tigers in the protected area and has been declared as a Tiger Reserve in the year 2006.

Kanha National Park is one of the best national parks of India, which stretches across the Banjar and Halon valleys in the state of Madhya Pradesh. The park offers great odds of sighting a tiger along with 300 species of birds, which also includes the crested serpent eagles.

Apart from the animals, the heightened attraction at the park is the Bamni Dadar, which is also known as the Sunset Point. The Sunset point offers one of the most breath-taking backdrops of the sunset comprising of grazing Sambhars and Gaurs.

Comments
Read more about: travel nature india wildlife national parks world heritage sites
Other articles published on Jul 8, 2017
We use cookies to ensure that we give you the best experience on our website. This includes cookies from third party social media websites and ad networks. Such third party cookies may track your use on Nativeplanet sites for better rendering. Our partners use cookies to ensure we show you advertising that is relevant to you. If you continue without changing your settings, we'll assume that you are happy to receive all cookies on Nativeplanet website. However, you can change your cookie settings at any time. Learn more
Change Settings Continue