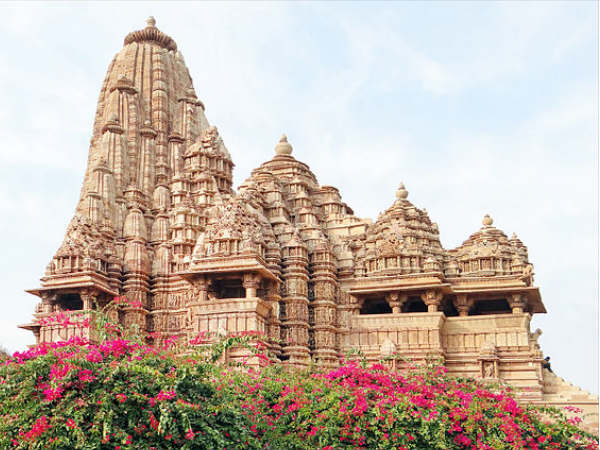 Let's find out some interesting facts about Khajuraho temples.

1. Origin of the Name

The city derives its name from the Hindi word 'khaujur' which means 'date' as the city walls were adorned with date palms. During ancient times, Khajuraho was known as Khajjurpura.

most of the temple structures are built in sandstone, along with varying shades of pink, buff and yellow.

During the medieval period, there were 85 temples in Khajuraho, out of which only 22 Hindu temples remain, the rest being ruined due to natural calamities.

The Archaeological Survey of India has ranked Khajuraho monuments as the best preserved monuments of antiquity.

6. The Interiors of the Temples

The rooms inside the temples are inter-connected on the East-West line. Each of the rooms has an entrance, a hall, a sanctum and a vestibule.

7. Images of Gods and Goddesses

The images of Gods and Goddesses at the Khajuraho temples represent the various manisfestations of Shakti and Shiva, or the Yin and Yang, the female and male principles.

The Khajuraho cluster of temples are divided into three groups - Western, Eastern and Southern.

The temples that were built during the medieval period were later rediscovered only in the 20th century, after which they have been preserved.

The temples of Khajuraho are believed to be the high point of Indian architectural genius during the medieval times.