7 Facts About Bihar You Would Be Surprised To Know 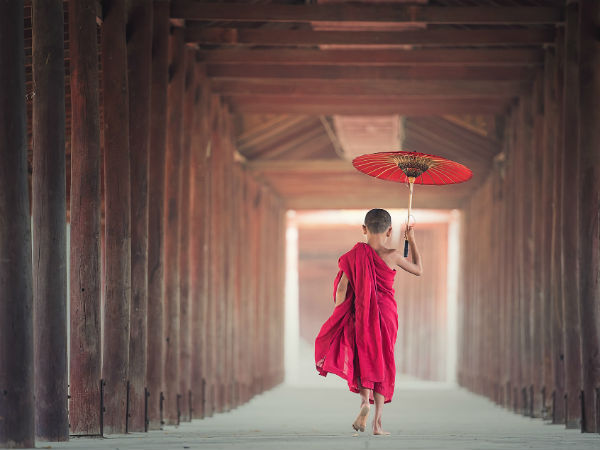 What are the things that come to your mind when you hear the word " Bihar"? Certainly, poverty, illiteracy and backwardness. Well, this article is all set to change your schema which you possess right now. Unknown to many, Bihar is one of the oldest living places in the world and was one of the greatest kingdoms in history. Today, it is popular as a poor state. But do you know Bihar is one of the few places in India where one can learn in detail about the rich history of India? It is one place where you can trace the age-old legends of the country and acknowledge why India was called the golden bird. Soon after you are done with the article, you will never look at Bihar the way you look at it now. So, let's move on and get ready to be stumped by these astonishing facts about Bihar.

1) The Birthplace Of Jainism And Buddhism

Yes, Bihar is the only place in the world where two of the most popular religions on the planet, Buddhism and Jainism, took birth and prospered. Did you know that Bihar is also the place where the concept of non-violence originated?

Yes, it all happened under the leadership of Lord Buddha and Lord Mahavira, the founder of Buddhism and Jainism respectively, thousands of years ago. Unfortunately, people could never understand the benefits of non-violence and they are still against each other.

2) Home To The Oldest Hindu Temple

Located in the Kaimur district at a distance of about 210 km from Patna, Mundeshwari Devi Temple is said to be the oldest functional Hindu temple in the country. The temple is dedicated to Goddess Shakti and Lord Shiva and is frequented by thousands of tourists and Hindu devotees every year.

As per historical records, it was established in the early 2nd century. However, it is also believed to have been in existence from the period before the Common Era, as per local legends. It is a must-visit site in Bihar for every history lover.

3) Was A Significant Centre During The Vedic Period

If you are not well acquainted with the history of Bihar, then you would be surprised to know that Bihar was once a significant centre of trade and politics in the world. It was during the Vedic Period and later when Bihar was considered as one of the most powerful kingdoms on the planet. The major regions of Bihar which find their mention in several ancient texts were Magadha, Mithila and Anga. All these kingdoms flourished for centuries.

4) The Land Of IAS Officers

Today, it is a well-known fact that Bihar is an IAS Factory. Yes, the state which is often termed as the land of illiterate people is also responsible for producing the most number of IAS officers in the history of the country. Hence, it wouldn't be wrong to call the Biharis, a group of hard-working and diligent people.

Another thing for which Bihar should be known amongst everyone is its delicious cuisine. Such is the popularity of litti-chokha, which is a combined dish of mashed potatoes and dough balls stuffed with sattu, that every tourist and traveller visiting Bihar is bound to taste its lip-smacking flavour. Other dishes for which this historic state is known include ghugni, dhuska, pittha and kadhi-bari. So, every food lover out there, add Bihar to your bucket list and visit it as soon as possible.

Located at a distance of about 95 km from Patna, the ancient university of Nalanda is said to be the oldest university in the world. However, the exact evidence to prove its age has still not been found. As per records, the university was founded in the 5th century and flourished for over 600 years until it was destroyed by Bakhtiyar Khilji, a general of the Mamluk dynasty, during an invasion.

The university was immensely popular for its grand library which housed lakhs of books and documents on different subjects. It is said that people from all over the world used to come to Nalanda to gain knowledge.

As Bihar is one of the oldest living places in the world, you can find thousands of historical sites within its boundaries. From stupas to forts and ancient temples to palaces, it houses everything that can satisfy the needs of a history lover. The major historical places here include Mahabodhi Temple, Barabar Caves, Tomb of Sher Shah Suri, Nalanda and Vikramashila Museum.