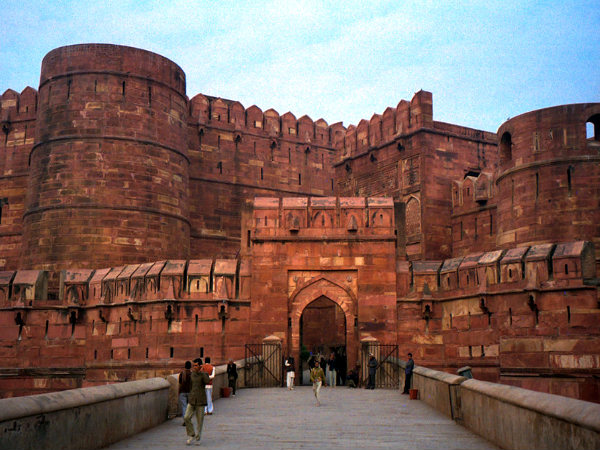 Agra is one of the best travel destinations in India. Beyond the iconic Taj Mahal, there are several other tourist attractions that are worth visiting here. One among them is the Agra Fort.

Located quite close to Taj Mahal, Agra Fort also has some interesting stories to share with you.

Let us take a look at some of the interesting facts about Agra Fort.

The Fort is now one among the list of World Heritage Sites it got added in the year 1983.

Shift of Capital From Delhi to Agra

In 1506, Sikander Lodi shifted the capital of the nation from Delhi to Agra. It was from this Fort that he governed the country.

The fort is built using a bled of both Hindu and Islamic architectural styles and it comprises of several structures constructed in red sandstone and white marble. Unlike other Islamic structures where images of living creatures are not found, the Agra Fort has images of dragons, birds and other living creatures depicted on it.

The massive fort complex has two gates, the Delhi Gate and Lahore Gate that is also known as Amar Singh Gate named after Amar Singh Rathore who was a Rajput nobleman and a courtier of Mughal emperor Shah Jahan.

Palaces With The Fort Complex

3 Mosques Within the Complex

There are three mosques within the fort complex. They are Moti Masjid, Mina Masjid and Nagina Masjid which has the Zenana Mina Bazaar (ladies' bazaar).

The Agra Fort is portrayed in the famous Sherlock Holmes mystery 'The Sign of the Four' by Sir Arthur Conan Doyle.

This fort is also known as Lal Qila or the Red Fort of Agra.

The Mughal emperors who ruled from here were Babur, Humayun, Akbar, Jehangir, Shah Jahan and Aurangazeb.

The Agra Fort had the largest state treasury and mint, which was visited by foreign ambassadors and other eminent personalities.