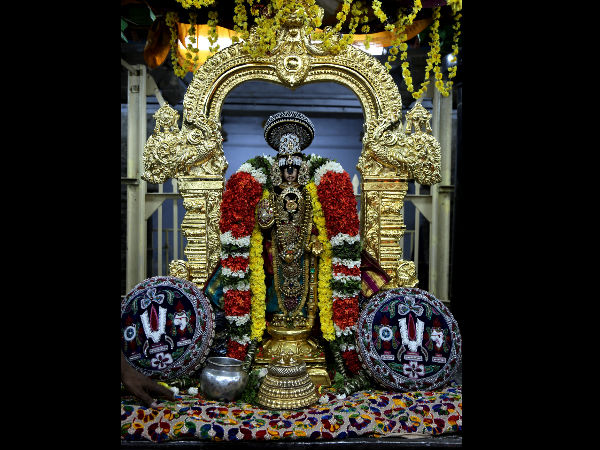 Thiruchirappalli, popularly known as Trichy, is located in the centre of Tamil Nadu. A visit to this place takes you to some of the best markets and temples that represent the rich culture and tradition of the state.

Let us get to know more about the famous temples of Trichy district.

The Srirangam Ranganathaswamy Temple is one of the most famous Hindu temples of the region and one of the largest temple complexes in India. The temple is dedicated to Lord Vishnu, and is said to be the first among the 8 self-manifested shrines of Lord Vishnu. The large temple complex has seven enclosures, which in turn has 21 towers, offering a marvellous sight to behold.

Jambukeswarar Temple is located in Thiruvanaikaval in Trichy district. The temple is devoted to Lord Shiva and is said to have been built by the early Cholas around 1800 years ago. It is one of the major 5 Shiva temples that represent five great elements (Panchabhootas). The temple represents the element 'neer' which is water. True to its powers, the underground water stream at the sanctum of the temple is always filled with water, irrespective of the season.

This is a 7th century temple that is dedicated to Lord Ganesha. Also known as the Rock Fort Temple, the Ucchi Pillaiyar Temple is believed to be built at the place from where Lord Ganesha ran after installing the Ranganathaswamy deity in Srirangam. The temple is built on a rock. Legend has it that the rock was first cut by Pallavas, but the temples were completed by the Vijayanagara Empire.

The Prasanna Venkatachalapathy Temple, also known as Gunaseelam Vishnu Temple, is one of the famous temples in Trichy district. The temple is believed to cure mental illnesses. It is said that a devotee with mental illness will be cured if brought to the temple and kept in the premises for 48 days. The temple has also set up a mental health rehabilitation centre, which has a Government stamp, and is one of its kind in Tamil Nadu.

Comments
Read more about: trichy tamil nadu temples religious travel travel india
Other articles published on Feb 6, 2017
We use cookies to ensure that we give you the best experience on our website. This includes cookies from third party social media websites and ad networks. Such third party cookies may track your use on Nativeplanet sites for better rendering. Our partners use cookies to ensure we show you advertising that is relevant to you. If you continue without changing your settings, we'll assume that you are happy to receive all cookies on Nativeplanet website. However, you can change your cookie settings at any time. Learn more
Change Settings Continue