Explore These Serene Spiritual Temples In Nainital This Season 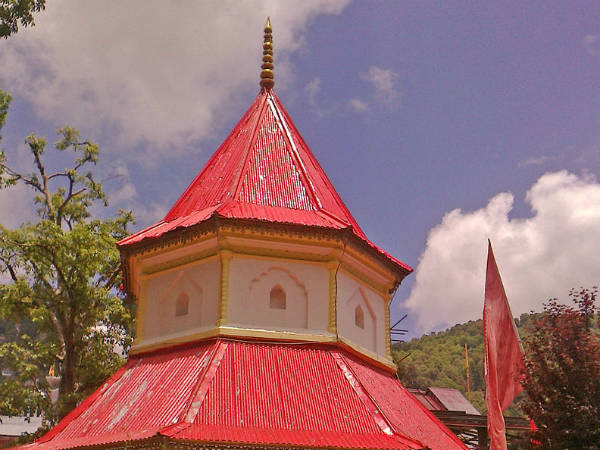 Located in the foothills of the outer Himalayas, Nainital is a wonderful hill station which has become extremely popular all over the country over a period of time. Such is its fame today that one can find it on the bucket list of every traveller. After all, everyone wants to spend a relaxing weekend amid lakes, hills, forests, valleys and peaks. Wouldn't you? But do you know there is a lot to explore in Nainital beyond its scenic beauty? Have you tried exploring those least-explored corners, which include historical sites and temples? If not, then you must consider visiting them on account of their historical and religious significance.

So, let's take up this expedition of exploring the unexplored by visiting temples in Nainital this season. These spiritual sites are all set to soothe your nerves and calm your mind. Read on to know more about these temples in Nainital.

One of the most popular temples in Nainital, Hanuman Garhi Temple is believed to have been established in the early 20th century by Neem Karoli Baba, a spiritual guru who was an ardent devotee of Lord Hanuman. Surrounded by towering hills in the lush green valleys of Nainital, this beautiful temple is also popular as one of the most beautiful sunset destinations in the region.

Therefore, the region around the temple remains crowded with tourists throughout the year. But if you are looking forward to going offbeat, then you must visit the compound of the temple to feel the beauty of divinity. The temple is located at an elevation of more than 6400 feet, and hence it also provides its visitors with the panoramic beauty of Nainital.

Another site where one can just get lost in serenity and calmness, Naina Devi Temple is one of the most beautiful temples in the region and is located on the banks of Naini Lake. Clear from the name, the temple is dedicated to Goddess Naina Devi and is said to have been constructed during the 15th century. Later on, the temple was destroyed by invaders.

However, it was rebuilt and renovated in the late 19th century and since then, it has been a prominent religious site in the state. Today, it is frequented by hundreds of Hindu devotees and a few tourists every month. How about a visit to Naina Devi Temple and relishing its divine aura as you laze by the relaxing banks of Naini Lake?

One of the oldest temples in the region which is known for its religious as well as historical significance, Mukteshwar Temple is located on the outskirts of Nainital and is an age-old temple dedicated to Lord Shiva. Even though the exact history of its formation is still unknown, it said to have been established in the 16th century.

As it is located at an elevation of about 7585 feet, it offers its visitors the mesmerising views of snow-capped mountains and lush green hills. If you are looking forward to tracing the religious history of Nainital, then Mukteshwar Temple is a must-visit destination for you.

Another temple located in the vicinity of Naina Lake, Pashan Devi Temple is a stone-carved temple and is one of the prominent religious sites in the region. The temple is dedicated to Goddess Durga, and hence devotees coming here offer sindoor and clothes.

Another significant feature of the temple which makes it a highly revered pilgrimage site in the town is the eternal flame that is burning since the formation of the temple. The temple is visited by thousands of Hindu devotees every year. If you are looking forward to visiting all the significant temples in Nainital, then you cannot afford to miss this age-old site.

Kainchi Dham Temple is a beautiful ashram which was built by Neem Karoli Baba, a Hindu guru who worked his entire life for the welfare of humanity. This ashram is located away from the core settlement of Nainital, and hence, it makes for a perfect place to get lost in peace and calmness.

If you are looking forward to escaping the hustle and bustle of the city, then you cannot find a better place in Nainital other than Kainchi Dham Temple where you can feel the essence of tranquillity as well as godliness. The ashram is said to have been established in the late 20th century and since then, it has been a major site for his followers and Hindu devotees.