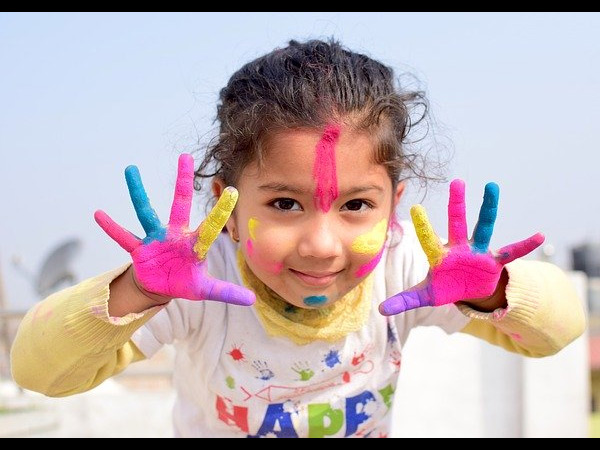 We often associate the month of December with Christmas. And except Christmas, many of us cannot even name one other event or festival that takes place in December! However, December has more cultural events and festivals in India than most other months in the year!

With the arrival of the New Year, there is no doubt that events and festivities can be overwhelming. Nevertheless, this article will shed some light on a few other, but lesser-known Indian festivals and events celebrated in December 2019.

This annual festival is commemorated in honour of Saint Francis Xavier, one of the greatest Christian missionaries and pioneers of the world. During this feast, tens and thousands of people visit the Bom Jesus Basilica in Old Goa to pay tribute to the great man. The Feast of Francis Xavier lasts for several days and includes morning mass and a large fair, attracting people from all over the world.

This festival is celebrated in honour of street vendors as they constitute a significant segment of the Indian economy. Coupled with fun, music and entertainment, the National Street Food Festival is held from 25-29 December at Jawaharlal Nehru Stadium, New Delhi. 2019 marks its eleventh year and showcases a plethora of street food from all over India. If you are an epicure, New Delhi is the place to be!

Sunburn festival India is an electronic dance music festival that is organised to celebrate the beginning of the year and to bid farewell to the present year. It is also far-famed as Asia's largest commercial electronic dance music festival. Every year hundreds of well-known artists, from around the world, attend this mega-event to entertain the pleasure seekers. This year it is no different either; the iconic Sunburn Festival returns to Goa and is held from 27- 29 December.

It boasts headlining acts including The Chainsmokers, Jonas Blue, DJ Martin Garrix, Julian Jordan, and Fedde Le Grand, to name a few. This year, the organisers want to give underground music scenes much-required limelight. Consequently, they have dedicated an underground music venture called SOLARIS, featuring house and techno acts on two dedicated stages. And yes, there is also a stage devoted to psytrance lovers.

Chennai Music Festival is an eagerly anticipated month-long festival, which is far-famed as the world's largest cultural event. It offers a plethora of traditional South Indian music, dance forms, and alluring arts. The music festival will begin on 15 December and ends on 1 January. And it is held in many music convention halls all over Chennai. From hundreds of music-related seminars to 1,000 of performances, Chennai Music Festival is a must-attend event this year-end.

The International Sand Art Festival is a remarkable cultural event, held at Chandrabhaga beach, 3 km away from Konark. This extravaganza is held under the supervision and leadership of the Odisha Government; thus, it is one of the biggest events to be organised in Odisha. It is a grand event, organised to allure nature lovers and people, who love creativity and sand arts. The art festival exhibits many sand sculptures designed by skilful sand artists. The Sand Art Festival kicks off on 1 December and ends on 5 December 2019.

Ranakpur Festival is a traditional festival celebrated in two major cities of Rajasthan, Udaipur and Jodhpur. It is one of the most visited and sought after festivals in Rajasthan. And because of its popularity, Rajasthan tourism initiated an annual festival to showcase the best of Rajasthan's classical music, dance and culture. Besides the traditional conventions, many fun competitions and activities such as the turban tying and best moustache competition take place. It is commemorated from 21-22 December 2019 in Ranakpur, Rajasthan.

Comic-Con India is a welcome step away from the mundane reality and is an excellent convention for comic book fans to bond over shared hobbies. Taking much inspiration out of the iconic New York Comic Con, India started Comic-Con in 2011 and features the best of comics, movies, television, gaming and cosplay. And it is one of India's most hyped pop culture celebration. Comic-Con India is held in Mumbai and Delhi from December 7-8, 2019 and December 20-22, 2019, respectively.

The Kumbhalgarh Fort, a magnificent historic structure, which boasts a wall, is famed to be the second-longest wall in the world, after the Great Wall of China. Kumbhalgarh is located on the Aravalli Range in Mewar, Rajasthan. Situated at a distance of 82 km from Udaipur, the fort is synonymous with the culture and art of Rajasthan. This UNESCO World Heritage Site hosts Kumbhalgarh Festival, and it is celebrated from 1-3 December 2019.

Mamallapuram Dance Art Festival is a dance event organised by the Tamil Nadu Tourism Department, and it is held in Mahabalipuram. It starts on 25 December and ends on 15 January 2020. From Bharatanatyam and Kuchipudi to Kathak and Odissi, this dance festival is sure to keep you excited throughout the festival. Many well-known artists perform the godly art form with a beautiful backdrop and props. It is one of the oldest art festivals to be celebrated in Tamil Nadu.