Nativeplanet
»
Travel guide
»Eiffel Tower: A Symbol of Love (All You Need To Know)

Eiffel Tower: A Symbol of Love (All You Need To Know) 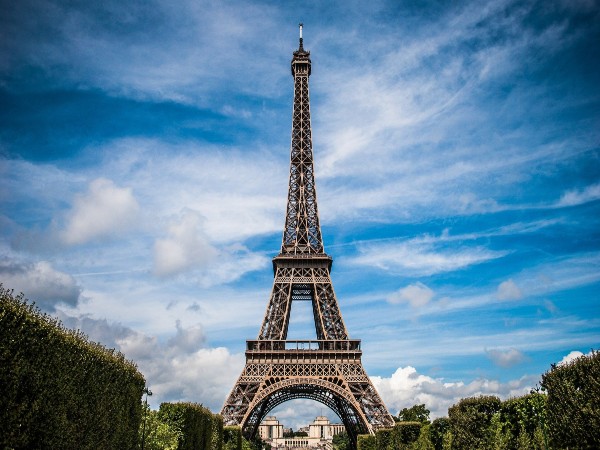 Eiffel Tower or La Tour Eiffel one of the seven wonders of the world is the most brilliant landmark in Paris, France. The Eiffel Tower is located in the 7th arrondissement of Paris on the Champs de Mars at 5 Avenue Anatole France. Situated on the "Left Bank," or the area south of the Seine River. In addition to being a well-known city landmark, the Eiffel Tower is also called a "Symbol of Love" for countless couples throughout the globe. It is a result of the numerous marriage proposals that occur each year beneath the lovely tower.
In terms of height, the Eiffel Tower is 300 meters (984 ft) tall. It has a foundation that is 5 meters (17 feet) high, and the tower itself is 324 meters high with a television antenna atop it (1,063 feet).

The Eiffel Tower is not only an iconic symbol of Paris, but it's also a marvel of engineering. Gustave Eiffel's design was chosen for the "iron structure" that will be constructed on Champ de Mars to mark the 100th anniversary of the French Revolution. Although this installation was created as a temporary one for the 1889 Universal Exposition, it still beautifies Paris' skyline today. The artist community first criticized the Eiffel Tower harshly because they thought it would ruin Paris' beautiful skyline.

Later, it also served as a radio antenna tower and was crucial to military communications during World War I, becoming an important part of French history.

The Eiffel Tower is supported by four lattice-girder piers that connect to create a single, enormous vertical tower and taper inward. The piers are joined to one another as they curve inward by networks of girders at two levels, providing viewing platforms for tourists. The four semicircular arches at the base of the tower, on the other hand, are purely decorative features with no structural significance. The piers needed elevators to ascend on a curve because of their unusual shape, which was partly determined by engineering requirements and partially by Eiffel's artistic sense. The glass-cage elevators created by the Otis Elevator Company of the United States became one of the building's main features and helped make it one of the top tourist destinations in the world.

Interesting Facts about The Eiffel Tower:

1) It is the world's most popular paid visitor attraction.
2) To show that wrought iron might be as strong as stone while being lighter, Gustave Eiffel built the tower out of latticed wrought iron.
3) The weight of the marvelous Eiffel Tower is 10,000 tonnes.
4) The Eiffel Tower has 5 billion lights.
5) The tower is known as La Dame de Fer, or "the Iron Lady," in French.
6) 108 stories and 1,710 steps make up the Eiffel Tower. To get to the first platform, tourists must climb stairs. Two elevators are available as well.
7) The tower was designed by two employees of Gustave Eiffel's company, Maurice Koechlin and Emile Nouguier, meaning Gustave Eiffel did not create its design.
8) At the summit of the Eiffel Tower, there is a hidden apartment.
9) The intention of keeping the Eiffel Tower was only for 20 years.
10) Hitler gave the order to demolish the Eiffel Tower.

The Eiffel Tower continues to rule the cityscape of Paris. Every year, more than 7 million people come to see this famous tower. Since the Eiffel Tower opened to the public in 1889, 300 million people from all over the world have taken advantage of its attractions.
Two restaurants, many buffets, a banquet hall, a champagne bar, and numerous one-of-a-kind gift shops are located on the tower's three platforms. Children and travel groups can take educational tours of the tower.

At the time of its construction, it was the tallest tower in the world, and it has since been duplicated elsewhere. Although today's tall structures have surpassed them in height, The Eiffel Tower is still unique and has its own charm.

Pro tips for Visitors to the Eiffel Tower:

1) Purchase your tickets well in advance, and purchase tickets online to avoid lines at the tower.
2) Take the stairs rather than wait in the long lineups for the elevator. Additionally, if you take the stairs instead of the elevator, you will get to see stunning city vistas.
3) To experience the best of both worlds, choose a practical time to visit the tower that falls between day and night.

Please note: Timings and entry fees are subject to change. It is advisable to check officially before your visit.

How to reach the Eiffel Tower:

Air: Paris Orly is the closest Airport, which is 15.4 km away and another closest airport is Charles de Gaulle, which is around 15 away from the Eiffel Tower.