Nativeplanet
»
Travel guide
»Dark Tourism In India: Most Popular Dark Places In India That Are Identified With Tragedy

Dark Tourism In India: Most Popular Dark Places In India That Are Identified With Tragedy 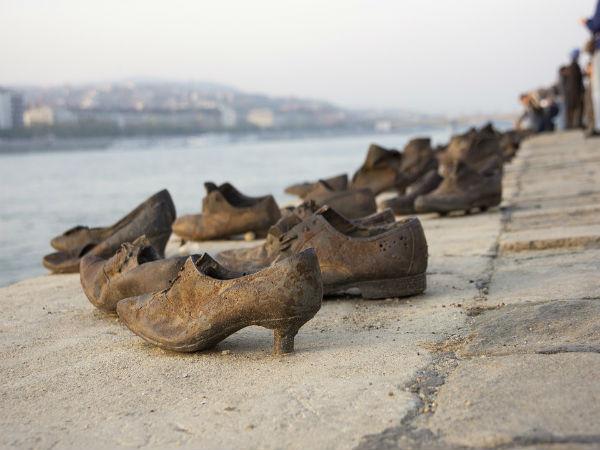 Dark tourism is a new travel trend which introduces travellers to places that are associated with death, tragedy, suffering, and destruction. From war zones and genocide prisons to nuclear blast sites and tombs - these are some infamous yet historically relevant sites. Mostly creepy, dangerous, scary, and sometimes a taboo, dark tourism, has strange effects on the human psyche. Many who come across this may regard it as a bizarre trend; however, it has been a part of the global tourism for a long time now.

India often considered a land of great diversity and joy, has a long and convoluted history. As a result of prolonged periods of British colonialism, wars, invasion and struggle for independence, India has a majority of heritage sites that are of dark tourism interest today.

It is one of those things that most people don't want to have a conversation about. Nevertheless, we have put the prejudice behind and done some research to introduce you to some of India's most popular dark tourism places. And if you feel other destination should have made it to the list, please mention that in the comment section.

Here is the list of most popular dark sites in India that is identified with death, tragedy and destruction.

Jallianwala Bagh is a memorial complex and park located in the heart of Amritsar, Punjab, which was the infamous site of one of the worst atrocities ever committed by the British colonial forces during their reign in India. The British revolt of 1919 was meant to merely disperse the crowd; however, it turned out to be a mass shooting, that led to a proper bloodbath, a massacre. And this alarming tragedy had significant repercussions on Britain imperialism. Nevertheless, this sparked Patriotic sentiment among Indian to course India's struggle for independence, which was eventually achieved in 1947.

According to British sources during imperialism, the "official" death toll given was 379. However, the figures for the total number of casualties differed widely. An inquiry conducted by the Indian National Congress, taking the exposed position and the number of rounds fired into consideration, they arrived at an estimate of over 1000, perhaps it was as many as 1500. You can also see the red bricks in the walls to be disturbed by bullets that were fired in 1919. They would look like crumbling pieces of the old wall. However, they are signs to remind us from time to time what a tragic place this really is.

All in all, the reflection of the Jallianwala Bagh massacre may be a little bit overwhelming and at times twisted; but it is still a great place to visit in India. Given that it is a leisure-park now with many locals oblivious to history, it is more of a pleasant destination with a tragic tale behind.

This infamous Union Carbide Plant site is in Bhopal, Madhya Pradesh. In 1984, it was hit by the worst industrial disaster in the history of India. A large amount of poisonous gas leaked from the chemical factory engulfing residential areas, killing thousands and affecting millions in the region.

The effect of the gas that was released due to the disaster in the plant was so adverse that thedeath toll reached more thantwo thousand in 72 hours. A report by the health organisation put it at 3800, dying as a result of the immediate effects of the gas; some reports say the death toll estimates range as high as 8000 or even beyond 25,000. The horror that took place in Bhopal affected Indian demography for decades.

It has been abandoned by civilisation ever since, and it has never been restored or cleaned up. For history buffs and people who are intrigued by these tragedies, can get a special permit to enter or you can look in from the outside.

Tranquebar or Tharangambadi is a small archaic town on the East coast of the Tamil Nadu in India. Tranquebar was one of the places in India that faced nature's wrath in 2004 in the form of Tsunami. Unfortunately, there are many ruins present to this day to remind us of that catastrophe.

In 2004, a day after Christmas, a massive earthquake occurred in the Indian Ocean off the Indonesia coast at Banda Aceh, hitting the Southeast coast of Tamil Nadu and Tranquebar. Pictures and videos show waves reaching about one storey high, consequently killing thousands of people. It took decades for Tranquebar to recover from the disaster.

All in all, Tranquebar with its serene tourist attractions may not come across as a dark place (compared to the other two sites mentioned above). However, there are tsunami-related sights, but they are slightly on a small scale.

Situated amid the Himalayan ranges, at an elevation of 5000 m above the sea level, Roopkund Lake is must visit dark site in India. It is locally called the 'Lake of Skulls'. There are more than 200 human skeletons found deep beneath the water and are visible in the clear water of the shallow lake.

It was first discovered in 1942 and was believed to be the remains of Japanese soldiers who tried to invade India during the early 20th century. However, the carbon dating, on these skeletons have concluded that the remains belonged to people from the ninth century, adding more mystery to the place. The lake is frozen year-round; however, when the lake melts, you can see the remains of hair, and skeletons, floating or lying beneath the surface.

All in all, Roopkund lake qualifies to be a flag-bearer for dark tourism in India. The scary sight and the cold weather combined are sure to give you chills at Roopkund Lake.

Located little over 25 km to the west of the desert town of Jaisalmer, in Rajasthan, Kuldhara is a barren and inhabited old site. Locally known as the Ghost Town, Kuldhara is said to be cursed! Once a prosperous town with 83 villages, Kuldahar today, is a lonely ruin.

It was home to Paliwal Brahmins in the 19th century, and the town had tens and thousands of people living in harmony. However, the place witnessed a mass exodus, living it barren and inhabited for more than two centuries; baffling many curious history buffs, to wonder why! Some claim water shortage compelled the exodus. A few claim the village to be cursed. Whatever, the reason, this place is sure has some mystery behind it.