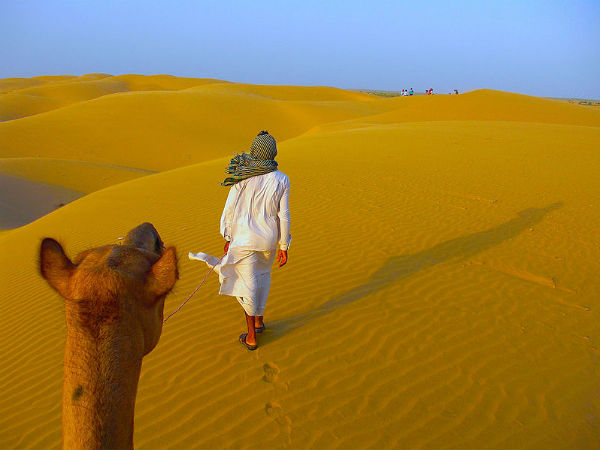 Rajasthan is generally known for its royal palaces and majestic forts. However, if you explore closely, you will get to know that Rajasthan has a lot more than just the rich bygone era which is seen reflected in its age-old historic sites. Yes, apart from gaining a royal experience and loitering around its beautiful monuments, you can also explore its rich wildlife, centuries-old culture, dazzling lakes and lush green hills. So, how about planning a trip to Rajasthan this weekend and scrutinising the beauty of its richly diverse wildlife? If you are in to do so, then add Desert National Park to your bucket list. Well, let's move on and read more about this unexplored beauty of Rajasthan, its location and surroundings and how to reach it.

A Little About Desert National Park

Established in the year 1981 and spread over an area of about 3162 sq km, Desert National Park is one of the largest protected lands in India and is located in the districts of Jaisalmer and Barmer in Rajasthan. This is one of the few national parks where you can enjoy the beauty of a desert, rare wildlife, beautiful lakes and ancient sites. Did you know that Desert National Park is also the place where fossils of dinosaurs and other animals, which date back to millions of years, were found?

Even though there is a lot to witness within its boundaries, it is mainly visited for its rare species of beautiful birds. The most prominent amongst them is great Indian bustard, which is an endangered species. Other significant birds found in the region include eagles, falcons, harriers, vultures and kestrels. So, in other words, it would be right to say that Desert National Park is a heaven for bird lovers.

Why You Must Visit Desert National Park

The major reason why Desert National Park should be your stoppage lies in its beautiful tourist attractions which include sand dunes, lakes and ancient sites, apart from rich wildlife. Gadsisar Lake is a significant place which you must visit while in and around Desert National Park. It is one of the most photogenic spots in and around Jaisalmer. So, don't you think you must take a break from the palaces and forts of Rajasthan and explore its hidden and not-so-popular spots?

As the region in and around Desert National Park experiences an extremely hot climate during the summers, it is not a preferred stoppage for tourists and travellers during the summer season. The best time to visit the national park is from October until the end of March. This is the period when the beauty of the national park is at its peak and one can explore it comfortably in a pleasant environment.

How To Reach Jaisalmer

By Air: The nearest major commercial airport to Jaisalmer is located in Jodhpur at a distance of about 280 km. Once you have reached Jodhpur, you can either hire a direct cab or use public transport, such as bus and train, to reach Jodhpur. Jaisalmer is well connected to Jodhpur by rail.

By Rail: Jaisalmer has a good rail connectivity, and hence one can take a direct train to reach it. From the station, you can hire a cab to reach the national park.

By Road: As Jaisalmer is a popular tourist spot, it has a well-maintained road system, and hence it is easily accessible by road.