Nativeplanet
»
Travel guide
»A Palace Where No One Lived - Datia Palace

A Palace Where No One Lived - Datia Palace 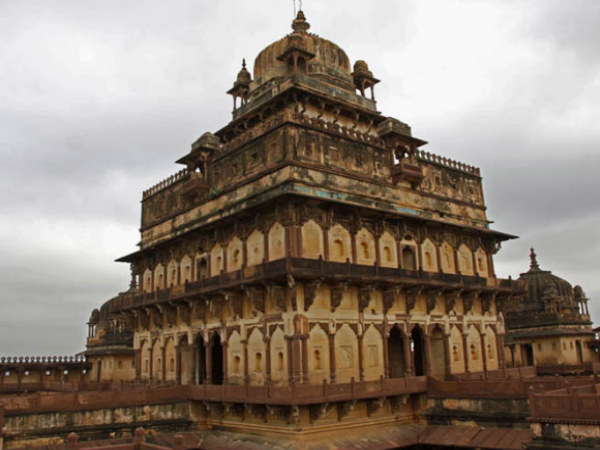 It is no surprise that India is dotted with impressive architectures. We had so many provincial kingdoms which have left their irrevocable mark through such structures. Here we are bringing you the story of Datia Palace in Madhya Pradesh that stands as a testimony to another glorious past.

Datia was a state under the region of Bundelkhand which is now a district in Madhya Pradesh. Datia Palace or Datia Mahal was exclusively built for welcoming the Mughal Emperor, Jehangiri by the King Bir Singh Deo. Historical records suggest that it was Jehangir who made Bir Singh Deo as the ruler of Datia. Hence, they shared a good friendship throughout their lives.

One of the entrances
PC: Navay.Gulati

Note: Unfortunately, Datia Palace is not well-maintained and is in dire need of attention.

There is a Ganesha Temple, Durga Temple and also a Dargah inside Datia Mahal complex. The beautiful entrances, vast courtyards, elegant windows, stunning views of the city and several paintings on the walls are some of the incredible attractions inside Datia Palace. Hence, Datia Mahal is one of the beautiful fort palaces in Madhya Pradesh. Sadly, it is also one of the unexplored places in India.

How to Reach Datia Palace

Datia Palace stands on a hill on the Jhansi-Gwalior route. It is around 67km from Gwalior and is easily accessible.