Charming Places In Ongole Perfect For Your Weekend Excursions 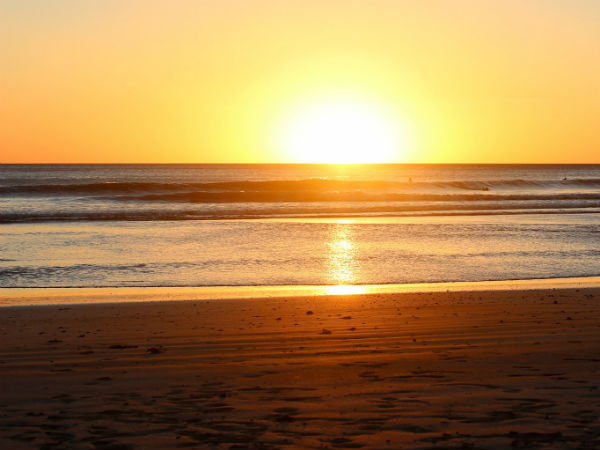 Ever heard of a place named Ongole in Andhra Pradesh? Exactly. That's why we are here to let you know in detail about this historic town which is a hidden beauty and is unknown to even offbeat travellers. Famous for Ongole cattle, this secret expanse in the state of Andhra Pradesh is home to several beautiful places which can make for perfect weekend getaways.

As per historical records, the town has been in existence since the period of the Mauryan dynasty and hence, you can find numerous historical sites and ancient temples within its boundaries. It has been ruled by several dynasties over a period of time, ranging from the Mauryans to the Andhras and the Kakatiyas to the Pallavas.

Therefore, it is absolutely right to call this hidden town a historic settlement. Today, Ongole seems like a beauty lost in time despite hosting several mesmering places. So, why not get yourself to this unexplored destination this weekend and learn in detail about its gorgeous surroundings? Following are the major places in Ongole which are certainly capable of charming every tourist.

It is one of the oldest temples in the region with its history dating back to the early 18th century, however, the exact date of its formation is still unknown. As per numerous locals, the temple is said to have been established under the reign of the Kakatiya dynasty in between the 12th and 13th centuries.

Today, the temple is a prominent site of historical and religious importance and hence, it is visited by thousands of Hindu devotees and history lovers every year. Dedicated to Lord Vishnu, Chennakesava Swamy Temple also boasts of its marvellous architecture which comprises of commendable patterns and designs.

You can also find the idol of Goddess Lakshmi inside the sanctum of the temple. So, how about getting yourself to Ongole and learning in detail about this ancient marvel?

Located at a distance of about 15 km from the centre of Ongole, Kothapatnam Beach is an ideal spot to relax on your weekends. Lazing by the beaches and gazing at the colourful horizon at the time of dawn and dusk is certainly a soothing experience.

If you are a beach lover and are looking for an uncrowded destination, then you can add Kothapatnam Beach to your bucket list. As the beach is only popular amongst locals, you can relax amidst its peaceful and unpolluted environment. Doesn't it make for a pleasant weekend? If yes, then plan a tour of Ongole now.

Chandravaram is another historical site around Ongole which certainly needs to be explored not only on account of its historical significance but also due to its religious importance. Located on the banks of Gundlakamma river, it is a Buddhist site dating back to the 2nd century BCE when the region was ruled by the Satavahana dynasty.

It was a religious place in the past and was used as a centre of meditation for Buddhist monks and their followers. Today, the site is lying in its ruins and has become a weekend destination for history lovers and historians who come here to fathom its greatness through its ruined structures.

Another beach destination, Chirala is located at a distance of about 55 km from the core settlement of Ongole. Hence, it is easily accessible. Even though Chirala is famous amongst locals for its small-scale industries, it is still a weekend retreat for beach lovers.

Therefore, it is visited by hundreds of tourists from nearby cities every month. On account of its textile and handloom industries, Chirala is also known as mini Bombay. Wouldn't you love to explore the pristine beaches of this small Mumbai?

Sai Baba Temple is one of the highly revered and hence, most visited temples in Ongole. It is also considered as a pilgrimage site amongst several Hindus. The temple was built in the year 1989 and since then, it has been a prominent site of worship for the locals.

If you are looking for a place in and around Ongole where you can get lost in devotion and divinity, then this temple of Sai Baba is your calling. The presence of a calm and still environment within its compound will certainly help you feel the essence of collectedness.