Nativeplanet
»
Travel guide
»Chandrashila trek: Lose yourself, be awestruck.. such is the majestic view from summit

Chandrashila trek: Lose yourself, be awestruck.. such is the majestic view from summit 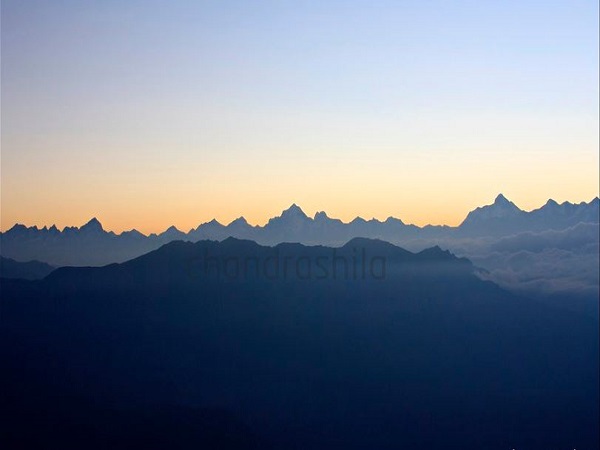 New Delhi, July 17: Who wouldn't want to lose themselves in the lap of majestic Himalayas, away from the humdrum of daily life, where one is bound to pray that time stops still. We wish that someday we would be able to just shove responsibilities of our professional life aside and unwind for a long vacation, but years pass by, and that 'someday' remains as elusive as it ever was. So the trick is not to wait for that 'someday' to come on its own, but proactively make it happen, and all that one needs is a long extended weekend.

Here we will give an elaborate plan for those residing in Delhi-NCR to experience a trek in Uttarakhand that can be done over an extended weekend. The Chandrashila summit trek which, for one, is ideal for beginners and the view from the summit can be immensely satisfying as it offers a mesmerising 360-degree view of the majestic Himalayan peaks like Kedarnath Dome, Chaukhamba, Trishul, and Nanda Devi.

The starting place for this trek would be Chopta, a scenic unspoiled town in the heart of Uttarakhand which fortunately is not yet fully commercialised. It is a small hamlet in the hills where there are hardly 50-80 homes and a few lodges run by the locals. It lies some 29 km from Ukhimath, 162 kilometres from Rishikesh and approximately 450 kilometres from the capital Delhi.

Nothing like it if you have your own vehicle which gives you the freedom to stop anywhere you want and enjoy the scenic Himalayas. Start early, like 5 am, from Delhi, so that you reach Haridwar by 8 am and have breakfast there. Drive on the Rudraprayag, Karnprayag, Chamoli, Gopeshwar route . Chopta is simply accessible as it is situated on the road connecting Gopeshwar with Guptkashi.

If everything goes according to plan, then you can be in Chopta by 5 pm. ta. You will find hotels and lodges easily in Chopta for stay, but best would be to look for small houses where people offer rooms for 1-2 days accomodation. That would cost less.

Next aim is Chopta - Tungnath - Chandrashila trek and back to Chopta. We recommend, to start in the nigh itself as watching sunrise from Chandrashila peak, which is at an elevation of 4,000 meters above sea level,can be invigorating when the crimson rays of sun kiss the snow laden Himalayas.

Chopta will be your base cmp for Chandrashila trek. Chandrashila Peak is located around 7- 8 km from Chopta and it takes close to 6 hours. Chandrashila trek is popular because it can be undertaken throughout the year. But sometimes during November-December, heavy snowfall may prompt authorities to close the route. Best season is either from March-May or September end to November beginning. It is better to avoid June, July and August as trekking could be dangerous during rains.

So, finish dinner on Friday night and leave for trek by 11.30 pm. It is advisable to hire a local guide who may charge you some Rs 1,000 which is worth it. Carry torches, trek poles, extra batteries, water, nuts dry fruits for energy.Carry sufficient water with you before commencing the trek and keep yourself hydrated.

Path from from Chopta to Tunghnath is paved with not-so-steep gradient. After trekking for 3.5-4 kms, you will reach Tungnath temple perched at an elevation of 3,680 meters. It is the highest Shiva temple in the world.Enjoy tortuous trails cutting through jungles and grasslands.

From Tungnath, there is no paved way for Chandrashila and you will have to move carefully negotiating the boulders. Sharp ascent and steep climb will take you to Chandrashila Peak, 8 km from Chopta at an altitude of 4,000 metres (13,000 ft) above sea level. This peak provides views of the Himalayas, including Nandadevi, Trisul, Kedar Peak, Bandarpunch and Chaukhamba peaks.

Depending on the season, you should be able to witness sunrise which is divine in true sense. Chilly breezy pricks like needles on face but the first ray of sunlight takes all the weariness away. And at that precise moment you will really understand what on being 'top of the world' truly means. Vast expanse with majestic snow covered peaks around is a view that cannot be described in words.

Soak in the beauty of nature for a while, and pay obeisance at the spot where Lord Rama meditated (there is no temple there, just a few rocks arranged in a heap to mark the place). You may even realise that nature is vast, powerful, immensely beautiful and we humans are just like a spec of dust in it.

Begin your descent by 7 am and return to Tunghnath. You can have breakfast there as some locals do sell noodles and sandwiches there. Come down to Chopta, take rest for 4-5 hours and let pain in the aching legs subside. By evening 5-6 pm on Saturday, you can start back for Delhi. You will be back in the national capital in the wee hours of Sunday.

If everything goes according to plan, then it would be a perfect adventurous long weekend spent in the lap of mighty Himalayas. Chandrashila is a year-round destination and can be visited in different seasons depending on your preferences.

Comments
Read more about: travel
Other articles published on Jul 17, 2019