Did Emperor Ashoka Die in Sannati? 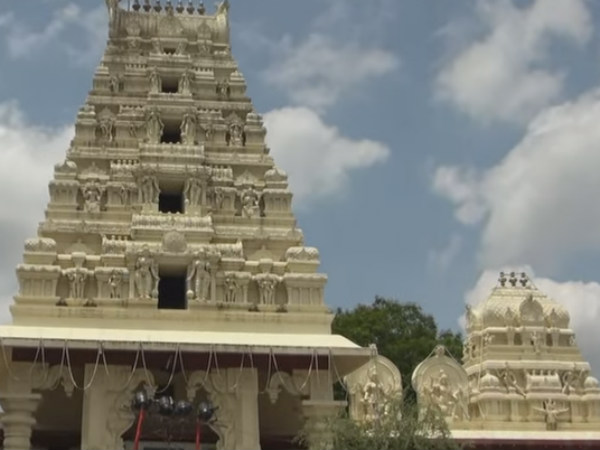 Nobody ever thought that a small incident would change Sannati into an archeological site. For years, people only knew about Chandralamba Parameshwari Temple in Sannati. They heard the legends relating to a princess named Chandrala who later became the presiding goddess of the shrine.

As per the legends, Chandrala was the princess of a local kingdom and after her marriage to Narayan Muni, they began their life at a place on the banks of the Bheema River. Meanwhile, a King got attracted to her Chandrala's angelic beauty. He starts troubling her so much that Chandrala decided to perform a penance to Goddess Kali.

Her husband comes to know about this and seeks help from Goddess Hingulambika. Finally, he returns with the padukas (footwear) of Goddess Hingulambika and takes to the evil King. The padukas contained bubblebees which drive the evil king to commit suicide. Pleased by Chandrala's penance, Goddess Kali blessed her and she became one with God.

It is the same Chandrala who is the prime deity of Chandralamba Parameshwari Temple in Sannati, Kalburgi (Gulbarga) district of Karnataka. This temple is more than 500 years old and is one much revered temples here.

How Sannati Became an Archaeological Site?

One incident made way to tremendous discoveries in Sannatti. In 1986, a roof fell on the idol of Kali in the Chandralamba Parameshwari Temple Complex. This revealed a major inscriptions in Brahmi script. These inscriptions were related to Emperor Ashoka. Slowly, ASI (Archaeological Survey of India) began the excavations which disclosed numerous Buddhist sculptures, stupas and inscriptions.

Further discovers lead to a nearby place called Kanaganahalli. Not only did they find a 2000-year old Stupa but a unique sculpted portrait of Emperor Ashoka. Thus, researchers began to the study about the local history and its relation to Buddhism.

A Buddhist museum has also been established to display all the excavated items. Efforts are also made to develop it as a Buddhist site. Excavations were also carried out in Ranamandal area that has lead to many more discoveries.

In fact, tourism improved after these discoveries in Sannati. Some historians and researchers have also come up with interesting theories about this place. One interesting theory is that Emperor Ashoka is said to be buried here. However, they haven't found any proper proof to support this theory.

The tales of Sannati is definitely interesting and it is slowly getting popular as a Buddhist site.