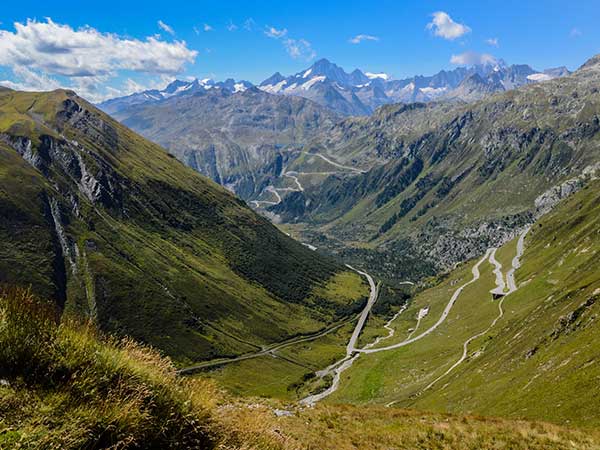 Surrounded by several countries from all sides, India is one of the most friendly nations in the world. Be it regarding hospitality or generosity, India is one country in the world which always tops the charts of decency and culture. Despite being in battle with many neighbouring countries, India still stands as support to those countries and has certainly extended hands of friendship towards them.

Today, if anyone wants to enter the region of any neighbouring country by land, then they need to use these passages with the permission of the government. There are innumerable passages surrounding the Indian peninsula and some of them are popular amongst tourists for their exotic beauty and relaxing aura. How about checklisting these passes and planning a wonderful trip to experience the cross-border love and beauty in and around them?

A mountain pass in the Himalayan region which connects India and China, Nathu La is one of the most visited and popular passes in India. It is believed to be a branch of the Silk Route, which was an ancient route made for trading purposes between countries.

Being one of the major trading posts between China and India, it attracts thousands of visitors every month during the peak season, when this cold region provides its tourists with various options of recreation through adventure sports and the scenic beauty of sky-high peaks and the Himalayas. The major speciality of Nathu La Pass lies behind its peaceful and friendly environment where you can see people giving winsome smiles to each other and enjoying the cool breeze blowing through the pass.

Nathu La Pass experiences cold climate most of the time in a year because of its location in the vicinity of the Himalayan range. During the months of the winter season, the path remains closed and it will be difficult to get a permit from the government to enter the region.

However, if you are looking to enjoy the magical charm of Nathu La Pass, then the best time to visit is during the summer season when the roads and passes are not blocked.

One of the least-explored and hidden passes in the lap of the Himalayas is Shipki La Pass. Located in the Kinnaur district of Himachal Pradesh, this pass opens to the wide arms of Tibet and China. However, it is difficult to a get permit from the government if you want to explore the region of Shipki La Pass. The gates are closed for the non-residents of Shipki La and hence, you will need a special permit from the government in order to enter the region of this border post.

Once you get the pass, you will find yourself in the world of virgin beauty spread across peaks, plains and the pass. You can also visit the Sutlej river, which flows adjacent to Shipki La Pass. How about being on the pass with less footprints?

Due to its settlement in the Spiti circuit, Shipki La Pass also experiences snowfall during the winter season and hence, it would be difficult for you to visit this hidden pass between India and China. Moreover, it is not easy to get a permit for Shipki La Pass unless you have some genuine reason to visit this border post.

If you are lucky enough to get the pass, then it is advisable to visit Shipki La Pass from April until the end of July when the temperature conditions are favourable, letting you explore its beauty comfortably.

At an elevation of 17060 feet, Lipulekh Pass is one of the highest passes in India, located in the Himalayas in the state of Uttarakhand. Made to exchange goods and increase business between India and China, Lipulekh Pass is another instance of India's friendly environment.

The history of this passage dates back to ancient India when there were few paths in between India and China for exchanging products. Lipulekh Pass also opens up in Tibet. If you are looking forward to sitting by the side of the passage and gazing at the spectacular views of the Himalayas, then be on the route to Lipulekh Pass.

The best time to visit Lipulekh Pass is during the summer season from April until the end of July, as during this time, the climatic conditions are complimentary, letting you roam around in and around Lipulekh Pass.

Comments
Read more about: india travel uttarakhand sikkim vacation
Other articles published on Feb 13, 2018
We use cookies to ensure that we give you the best experience on our website. This includes cookies from third party social media websites and ad networks. Such third party cookies may track your use on Nativeplanet sites for better rendering. Our partners use cookies to ensure we show you advertising that is relevant to you. If you continue without changing your settings, we'll assume that you are happy to receive all cookies on Nativeplanet website. However, you can change your cookie settings at any time. Learn more
Change Settings Continue