10 Best Places To Visit In South India During Maha Shivaratri! 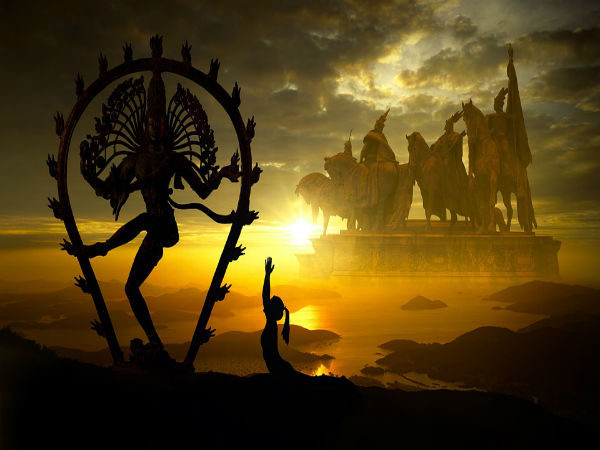 Here are the ten best places to visit in South India during Maha Shivaratri. Have a look!

Visited by hundreds of thousands of people, Mahabalipuram is one of the most visited places in South India during Maha Shivaratri! And the main attraction in Mahabalipuram is the Shore Temple. Situated on the coast of the Bay of Bengal, Shore Temple is one of the famous rock-cut stone temples in Tamil Nadu. Most of the devotees spend time reciting prayers and hymns at Shore Temple; while other tourists and travellers can be found practising yoga at a quaint place or enjoying fun-filled adventure activities at the beach.

Though the locals in Gokarna celebrate Maha Shivaratri with much pomp and grandeur, however, the best place to offer prayers during Maha Shivaratri in Gokarna is Mahabaleshwar Temple. Mahabaleshwar Temple was built in the ancient Dravidian architectural style, overlooking the beautiful seaside of the Arabian Sea. Abode to Atmalinga, Gokarna is one of the seven sacred places of salvation in Karnataka and people from all walks of life can be seen here seeking blessings. Moreover, Gokarna also boasts a serene shoreline for adventure seekers and nature lovers!

Located in Tamil Nadu, Thanjavur is home to a beautiful Shiva Temple called Brihadeshwara Temple. It is one of the largest and most visited temples in Tamil Nadu! People from different parts of India visit this holy site to seek blessings and offer prayers! Furthermore, it is also a part of the World Heritage Site.

Each year on Maha Shivaratri, tens of thousands of devotees visit Murdeshwar for the grandiose celebration of Shiva and Parvati's union. Built on the Kanduka Hill and surrounded on three sides by the waters of the Arabian Sea, Murdeshwar Temple is a popular Shiva temple in Murdeshwar. It is decked with 20 storied Gopura and is home to the world's second-tallest Shiva statue! Thus, this scenic hamlet turns into a prime centre of religious activities in Karnataka during Maha Shivaratri.

Maha Shivaratri is celebrated largely in Dharmasthala. Dharmasthala is home to one of the oldest temples in Karnataka called Manjunatha Temple, which hosts several idols of Manjunatha or Lord Shiva and gods of Jainism. You can see devotees queuing up for long hours, to get a glance of the idol on Maha Shivaratri.

Located on Rameswaram island, Ramanathaswamy Temple is one of the twelve Jyothirlinga temples of Lord Shiva and is part of the most important Hindu pilgrimage circle - Char Dham. The Ramanathaswamy temple has the longest passageway among all Hindu temples in India. Therefore, Rameswaram is a must-visit place in South India during Maha Shivaratri.

Thrissur is another excellent place to visit on Maha

Shivaratri in South India! Situated at the heart of Thrissur city, Vadakkunnathan Temple is an ancient Shiva temple boasting an authentic Kerala style architecture! Thousands of people in South India travel to Thrissur during Maha Shivaratri only to witness the grand festival hosted here.

Far-famed as the IT Capital and the Garden City of India, Bengaluru boasts of a 66-feet tall Shiva Statue in sitting posture. Built-in 1995 and it is one of the popular Lord Shiva temples in India. Every year, thousands of locals gather at this temple to offer prayers during Maha Shivaratri.

Besides the ruins and archaic palaces, Halebidu boasts of a famous Shiva Temple called Hoysaleshwara temple. Built-in Halebidu during the rule of the Hoysala Dynasty, Hoysaleshwara temple even to this day allures many tourists and travellers with its sculptures and exquisite architecture!