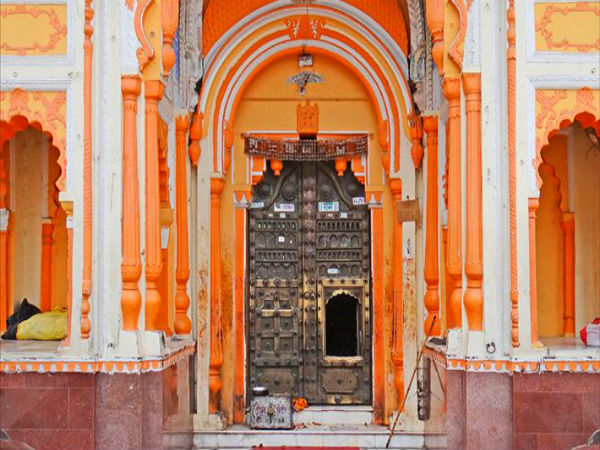 Madhya Pradesh is a land which has played witness to many important events, not only in the history of the nation, but also in mythology, which makes it one of the finest places in the country to go to for a pilgrimage trip. Spirituality and religion have made their presence felt here since time immemorial with the majestic Vindhya ranges, the Chitrakoot forests and the beautiful Narmada river.

As we read, men and women would be visiting the Narmada river and undertaking a Parikrama of the river along its banks. A journey of hundreds of kilometres which would help one connect with the inner self. While this is not as easy as it sounds, there are plenty more smaller pilgrimages which one can head to in the state of Madhya Pradesh. Have a look at some of them.

The town of Sanchi is well known for its Buddhist stupas, these stupas are structures which are built to safeguard and worship the relics of Buddha and his followers. The stupas here were constructed on the orders of Ashoka the Great for the purpose of preserving and spreading the message of Buddha.

Not only home to the stupas but also numerous temples, monasteries and the Pillars of Ashoka which attract visitors from across the globe. The Gupta Temple here is one of the earliest examples of temple architecture. A visit to the place would bring life to the stories that one would have heard of Ashoka.

Situated on the banks of river Betwa, the historic town of Orchha was formed in the 16th century by Rudra Pratap, who was a Bundela Rajput chief. The town gives you an impression of being frozen in time with its numerous monuments and temples which continue to maintain its original aura and grandeur till date.

Home to some interesting temples and palaces which take you back in time, the Ram Raja Temple here is well known for the worship of Rama not only as a god but also as a king; so is the Laxmi Narayan Temple, which showcases a very unique architectural style which is a fusion of a fort and a temple.

Ujjain is known as the temple city due to the numerous temples found here, which were built during different time frames. The city is one of the seven sacred sites of Hinduism and is also one amongst the few cities which hosts the Maha Kumbha Mela, held once in every 12 years.

The Mahakaleshwar Temple here is one of most holy shrines which houses one of the Jyotirlingas of Lord Shiva, along with the shrines of Kal Bhairav, Harsiddhi, Mangalnath, dedicated to planet Mars, and Gopal Mandir.

Formed in the year 1400 AD on the banks of the Tapti river, the historic city of Burhanpur was the erstwhile capital of the Mughal Empire before they shifted to Agra. It was also the original site where the Taj Mahal was initially planned to be built. The ancient city has quite a number of gorgeous mosques, tombs and palaces which throw light upon the Mughal lifestyle at its peak.

The Jama Masjid here is supposed to be the only Mosque which contains scripts written both in Urdu and Sanskrit. Guru Nanak is believed to have visited the town sometime in the 16th century which gives Sikhism and Burhanpur a strong bond.

Located on the banks of the river Shivna is the majestic Pashupatinath Temple which is well known for its eight-faced idol of Lord Shiva. The spiritual ambiance of the temple fills the entire town, which is believed to have existed since the Mahabharata. Mandsaur is the formed by the merging of two villages, namely Marj and Saur.

A perfect example of to witness Mother Nature at her and the gods is Omkareshwar; the place is an island with the river Narmada flowing around it and taking the shape of Om.

The Omkar Mandhata is one the 12 Jyotirlinga shrines which attracts numerous visitors every year who come to seek the blessings of Lord Shiva.

Apart from this, there are ancient temples, such as the five-storied Gauri Siddhnath Temple and the 24 Avatars temple of Maha Vishnu at the Annapurna Ashram.

Comments
Read more about: travel india monuments temples religious travel madhya pradesh ujjain heritage sites
Other articles published on Oct 5, 2017
We use cookies to ensure that we give you the best experience on our website. This includes cookies from third party social media websites and ad networks. Such third party cookies may track your use on Nativeplanet sites for better rendering. Our partners use cookies to ensure we show you advertising that is relevant to you. If you continue without changing your settings, we'll assume that you are happy to receive all cookies on Nativeplanet website. However, you can change your cookie settings at any time. Learn more
Change Settings Continue