Backpack To These Offbeat Summer Destinations Around Mysore 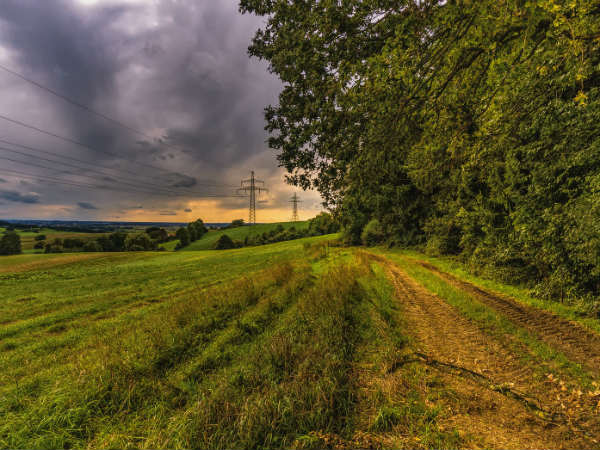 Mysore is one of the most visited tourist spots in India and is frequented by millions of travellers and tourists every year, who come here to witness the majestic beauty of this historic city through its monumental forts, royal palaces and other historic buildings.

However, it remains a least-explored destination for nature lovers and local tourists who prefer travelling beyond its boundaries, especially during the summer season. So, when summers have already approached, why not plan a trip to some summer destinations around Mysore to relax your mind and soothe your soul?

If you are one amongst those who tend to pick least-explored and uncrowded stoppages, then this list of beautiful summer destinations around Mysore is assuredly for you. Read on to know in detail about their specialities and respective distances from Mysore.

Located in the Wayanad district of Kerala, Vythiri is a hidden beauty which is recognised for its lush greenery, colourful farms and dense forests. Hence, it has become popular amongst offbeat travellers, who come here to relax in its peaceful atmosphere to feel the beauty of unpolluted nature.

From lazing by the lakes to trekking up the hills and learning about historic sites to taking a stroll amidst its cool environment, there are innumerable things to do within the boundaries of Vythiri. The major places to visit include Lakkidi Hills and Pookode Lake.

If you love unravelling the mysteries related to spirits, then you can also visit Chain Tree, which is believed to be the site where the spirit of a tribal youth, who caused several accidents in the area, is chained. So, how about getting yourself at Vythiri and detoxing your soul and body?

Nurturing in the Nilgiris district of Tamil Nadu, Coonoor is an unknown hill station which is mostly visited by the local tourists. Hence, it is an ideal place for those who are looking to explore the raw beauty of nature amid a calm environment away from the hustling and bustling of the city.

Famous for its beautiful tea estates, Coonoor is covered with lush green meadows and is surrounded by towering hills. It also serves as a base camp for trekkers who come here to explore the Nilgiri hills. The major places which might interest you include Sim's Park, Dolphin's Nose, Lamb's Rock, Highfield Tea Factory and Wellington Lake. You can also enjoy a ride in the heritage Nilgiri Mountain Railway.

Another paradise in the Nilgiris district of Tamil Nadu, Kotagiri is a small town and is popular for its beautiful natural setting which is characterised by tea estates, farmfields, hills and winding roads. From trekking to photography and enjoying scenic landscapes to de-stressing yourself amid a serene atmosphere, there is a lot to do here.

You must plan a trip from Mysore to Kotagiri if you are looking forward to spending some quality time with nature. The major places to visit here include Rangaswamy Peak, Kodanad View Point and Elk Falls.

Located in the vicinity of Mysore, BR Hills is commonly a wildlife sanctuary and is one of the richest hotspots in Karnataka. You can certainly feel the essence of peace in its lush green hills. The major things which can be carried out within its boundaries include camping, trekking and photography, apart from enjoying the panoramic views of its luxuriant plains covered with rich forests. How about taking a stroll in the aisles of BR Hills this season and spotting diverse wildlife?

Owing to its picturesque location, Yercaud is known as the Jewel of the South and is one of the most deserving destinations during the summer season. With its natural beauty resembling the setting of Ooty, it is also sometimes referred to as Poor Man's Ooty.

How about enjoying the nature and splendours of Ooty without being there? Well, if you are tired of crowded hill stations, then Yercaud is your calling this summer. The major places to visit here include Yercaud Lake, Sacred Heart Church, Pagoda Point, Lady's Seat, Botanical Garden and Kiliyur Waterfall.

Hurry up! Before these destinations get popular and crowded with common tourists, catch a glimpse of them.