Nativeplanet
»
Travel guide
»At The Abode Of Vaikom Mahadevan

At The Abode Of Vaikom Mahadevan 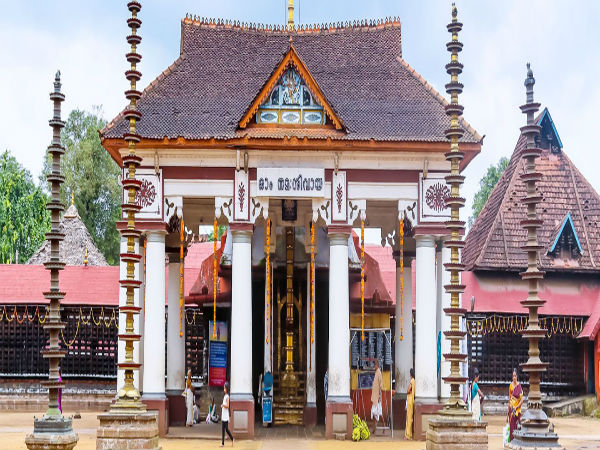 Mahadeva temple at Vaikom is dedicated to Lord Shiva who is known as Vaikkathappan. Located in the Kottayam district of Kerala, Vaikom Mahadeva Temple is one of the few shrines which is considered important to both Shaivites and Vaishnavites alike. The Shivalinga worshipped here is said to be from the Treta Yuga and is one of the oldest temples in the state of Kerala where the poojas have not been disrupted even once since its construction.

The Origin Of The Shrine

Ages ago, an asura named Khara did a severe penance to please Lord Shiva. Pleased, Shiva grants him boons which he asked for along with three lingams with an assurance that he will also be present in them. While returning from the Himalayas down to the south with the three lingas-one in his right hand, one in his left hand and other on his shoulder by the neck-he felt tired and decided to rest for a while.

After resting, when he tried the pick up the lingas, he was not able to move them. As per legends, it is said that the linga which he carried on his right hand is worshipped at Vaikom and the one which was in his left hand at Ettumanoor and the third one at Kaduthuruthy till this day.

The temple is one amongst the biggest temples in the state of Kerala and has a courtyard, which measures about 8 acres of land. The entire temple complex is built on a ground which was levelled with the help of sand procured from a river and is protected by tall compound walls and has four entrance towers or gopurams in all the four directions. The main shrine has a round-shaped roof with two chambers; the first chamber is built with stone and shingle wood pieces and is considered as the Mukha Mandapam.

The second chamber is the sanctum sanctorum or the garbhagriha, which is built completely of stone and is beautified with mural paintings on its outer surface. An interesting fact and something unique to this temple is that one would not be able to have a darshan of the lord without passing through six steps either at the gopuram or at the main entrance of the sanctum. The six steps are considered as the six emotions of a person, such as the kama, krodha, lobha, moha, madha and matsarya.

One would come across a closed door at the west of the temple. The temple, in ancient times, belonged to 108 namboothiri families and a dispute broke out between two sections. While one section approached the king, the other section, Njallal Namboothiri, vowed to stop the rituals at the temple.

The Namboothiri entered the temple through the west side chewing betel leaves and spat into the offerings which were being prepared, which forced the rituals to stop. While making his way out, he was bitten by a poisonous snake which resulted in his death and the door shut by itself and a celestial voice was heard saying that the door shall remain closed forever and it still remains shut.

Long ago, when untouchability and caste system was strong in Kerala, the people belonging to the lower castes were not permitted to enter the temple or even walk on the roads in its vicinity. This led to a huge revolt and with the support of the Sree Narayana Guru, who was a social reformer along with Gandhi, the king of Travancore was requested to stop this practise and was made to sign the Temple Entry Proclamation, which is considered as a milestone in the history of the place. With the proclamation, the roads around the temple and the temple was opened to all Hindus irrespective of their caste.

One of the major festivals celebrated in the temple is the annual Ashtami festival, which is held in the months of November-December based on the Malayalam calendar. Apart from this, Shivarathri, Onam, Vishu, Navratri, etc. are celebrated on a grand scale here.

Comments
Read more about: travel india temples kerala religious travel heritage sites
Other articles published on Oct 21, 2017
We use cookies to ensure that we give you the best experience on our website. This includes cookies from third party social media websites and ad networks. Such third party cookies may track your use on Nativeplanet sites for better rendering. Our partners use cookies to ensure we show you advertising that is relevant to you. If you continue without changing your settings, we'll assume that you are happy to receive all cookies on Nativeplanet website. However, you can change your cookie settings at any time. Learn more
Change Settings Continue