An Alternative To Munnar - Kuttikkanam 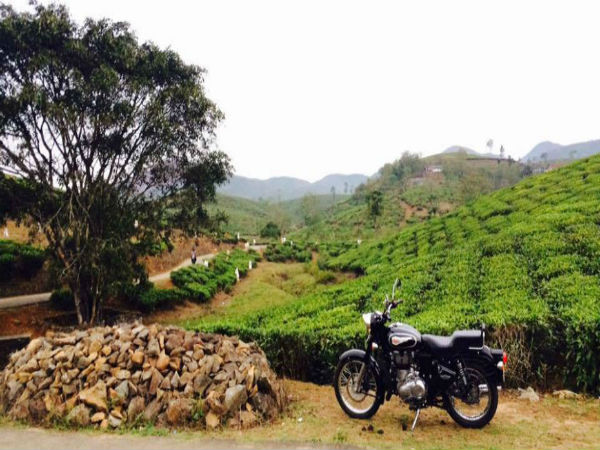 Kuttikkanam is one amongst the many lesser-known and less-explored hilly retreats of Kerala, which is gaining fame as a weekend escape for those from Kochi. The winding roads would take you from the hills below to a peak which measures 1100 m in altitude which is part of the majestic Western Ghats. Although Kerala has a pantheon of popular hill stations, like Munnar, Thekkady, Wayanad and many more, the tiny hilly retreat of Kuttikkanam still remains unknown to many.

The beauty of this place lies in its green meadows and tea plantations. Without any doubt, the place receives abundant blessings from Mother Nature. Kuttikkanam is a small yet beautiful village of Peermade which was selected as the summer escapade of the Travancore kings and later to the British officers. One can find the summer palace of the royals which was the name of Ammachi Kottaram.

Coming to its major attractions, the natural beauty of the place tops the list of attractions here. The place is the abode of evolving hills, which flaunt the various seasons through their milky streams during the monsoon and dry rocks during summer. The splash of the lush green tea plantations and their meadows form a picturesque background for beautiful pictures.

The British Cemetery Of Pallikunnu

Pallikunnu is a gorgeous valley which is home to a British cemetery which was built in the year 1869. The cemetery is part of the St. George CSI Church. Before the cemetery was established, the place was an attractive garden.

The cemetery is well known for the tomb of Col. John Daniel Munro, who was an officer in the British army. Munro died in an accident while he was traversing through the town of Peermade; along with Munro, his horse too died. The cemetery has a tomb for Munro and his female horse, who was as white as snow.

Peermade is an adjacent town which is relatively more developed than Kuttikkanam. The travel between Peermade and Kuttikkanam gives you an eye shore of cardamom plantations and coffee plantations.

Another place of interest here is the Parunthumpara which is a breathtaking viewpoint from where one can catch a glimpse of the much-famed Makara Vilakku of Sabarimala, which takes place every on Makara Sankranti. The road to this viewpoint takes you through the tea gardens which are located amidst large sparkling streams and springs.

The place is well connected by road from the towns of Kumily, Kattappana and other places. There are plenty of buses which ply between Kochi and Kumily, which take you to the towns of Mundakayam and Kuttikkanam.

The nearest airport is the Cochin International Airport at Nedumbassery which is located at a distance of 125 km from here and the nearest major railhead is Kottayam which is situated around 71 km away from here.