Nativeplanet
»
Travel guide
»Agra Has A Red Taj Mahal! Did You Know About It?

Agra Has A Red Taj Mahal! Did You Know About It? 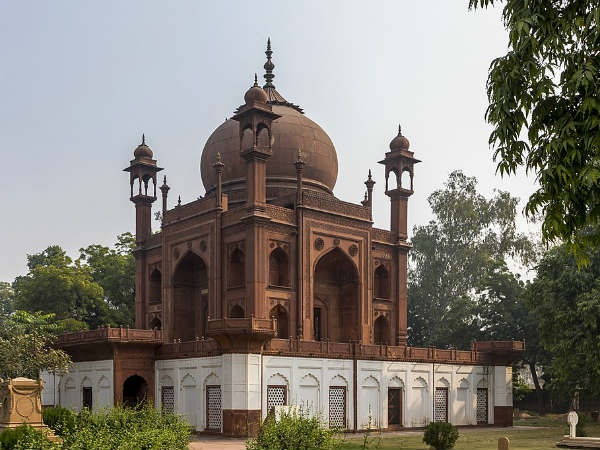 We all know the Taj Mahal is the most-visited monument in India and every year, it is frequented by tourists in millions. It is called one of the wonders of the world for a reason. Apart from boasting of commendable architecture, it holds a significant place in the chapters of Indian history. Therefore, it is rightly said that a trip to Agra is always incomplete if you miss exploring the incredible beauty of the Taj Mahal. But what if we say there is another Taj Mahal in Agra? Would you still prefer visiting this overexplored masterpiece of architecture? Yes, you read that right. Agra houses another Taj Mahal. If you would love to explore this unknown beauty, then read on to know more about this hidden marvel.

Agra experiences an extreme type of climate, and hence it is not a preferred destination during the summer season on account of its hot weather. The best time when the climate is cool and pleasant is from October until the end of February.

The History And Location Of The Red Taj Mahal

Also known as John Hessing Tomb, the Red Taj Mahal was built in the early 19th century and is a perfect replica of the Taj Mahal. John Hessing was an army officer who worked for the Maratha rulers against the Nizams of Hyderabad.

He had a successful hand in the defeat of the Nizams in the Battle of Kardla, which was fought in the year 1795. After his death in 1803, his wife, Alice, built this marvellous tomb so that he could be remembered for centuries.

Today, this Red Taj Mahal is located in a cemetery called Padretola. Built out of red sandstone on an elevated platform, the John Hessing Tomb unrolls several chapters of Indian history. Hence, it is a site of great historical importance. Don't you think every traveller must come to this ancient marvel and explore its beauty?

Why You Should Visit The Red Taj Mahal

The major reason why the John Hessing Tomb must be visited lies in its historical as well as architectural significance. It is the place where you can learn a lot about the untold chapters of Indian history. If you are a history lover, then you shouldn't miss out on this beauty.

If you are bored of visiting the Taj Mahal again and again and think it is an overrated monument, then this Red Taj Mahal is your stoppage in Agra. So, pack your bags now and be on the route leading to the John Hessing Tomb.

By Air: Agra has an airport of its own which is well connected to Delhi and Jaipur by Air India. Therefore, you can catch a direct flight to Agra airport and then from there, a cab to Padretola Cemetery, where the Red Taj Mahal is located.

By Rail: Agra railway station has a commendable connection to all other cities and towns. Therefore, you can easily reach it by rail.

By Road: Being a world-famous tourist spot, it has a good network of roads. You can either take a direct cab or use public transport to reach Agra.