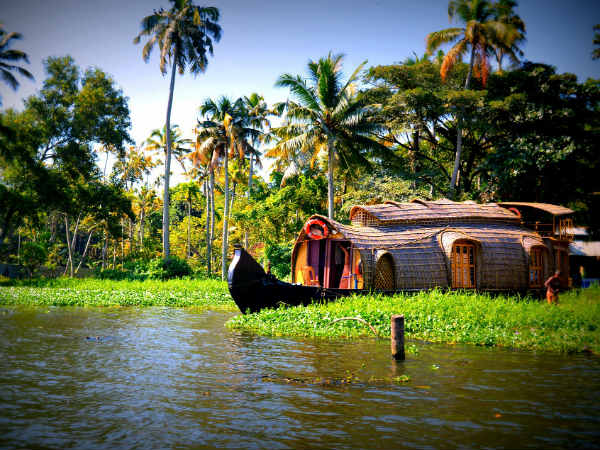 Kerala is one of the most beautiful places in the world and there is no doubt about it. The entire world has recognised and acknowledged its grandeur spread across hills, backwaters, lakes, forests, farmlands, beaches and historic sites. From history enthusiasts to nature lovers, it attracts millions of tourists today. Did you know that the website of Kerala Tourism gains the top spot in web traffic amongst all the websites related to tourism? Well, this says a lot about this heavenly state which can be found on the bucket list of every traveller.

There are hundreds of things for which Kerala is popular, ranging from its beautiful backwaters to pristine beaches. But there is a lot more which defines the ultimate beauty of Kerala. So, would you like to know these mind-blowing facts about Kerala? If yes, then scroll down.

Kerala is called the land of coconuts for a reason. Each and every district of Kerala is blessed with millions of coconut trees. The production of coconuts not only magnifies the beauty of Kerala but also plays an important role in the economy of the state. Over a period of time, coconut has become indispensable for the people living in Kerala.

Well, this is something you would certainly find interesting. Let us tell you that the arrival of monsoon in Kerala refers to the arrival of monsoon in India. Yes, Kerala is the first place in the country that the monsoon hits every year. Kerala is also one of the highest rainfall-receiving regions in the country. As per reports, the monsoon season hits Kerala around 1st June every year.

The Largest Producer Of Rubber

If you have ever been a student of geography, you must have studied about the contribution of different states in the production of natural rubber. Therefore, it might not be an interesting fact that Kerala is the largest rubber producer in India. But, did you know that Kerala is the 4th largest producer of natural rubber in the world? So, next time you are on a trip to Kerala, do not forget to visit its rubber fields.

Home To First Mosque In India

Yes, you read that right. Cheraman Juma Mosque is the oldest mosque in the country and dates back to the early 7th century. It is located in Thrissur and was built during the period of Prophet Muhammad by a group of Arabs who wanted to honour the death of their king, Cheraman Perumal. Even though it has been renovated several times, its ancient beauty is still intact. Does it fascinate you? How about planning a tour of the oldest mosque?

The Land Of Natural Herbs

Blessed with the presence of the incredible Western Ghats, Kerala harbours a wide variety of natural herbs. Ranging from ashwagandha to turmeric and amalaki to cinnamon, one can find hundreds of such varieties in the forested and lush green lands of Kerala. After all, this beautiful state is also called the spice garden of India. Other major natural herbs found here include brahmi, yashtimadhu, katphal and bharangi.

Located in the gorgeous city of Trivandrum, Padmanabhaswamy Temple is the richest temple in the world. As per local legends, the temple is said to have been in existence for thousands of years. It has been mentioned several times in the ancient texts of Hindus.

Today, this shrine, dedicated to Lord Vishnu, is popular across the globe and is visited by millions of tourists every year. The estimated value of the temple antiques and monumental items is said to be more than US$100 billion. Well, this is something that will blow your mind certainly.

One Of Ten Paradises of The World

Do you really think that a place which has been referred to as God's Own Country cannot be described as a paradise? Certainly not. The world has eventually acknowledged its beauty. National Geographic has declared it one of the ten paradises of the world.

Kerala is said to have been frequented by millions of tourists every year. After all, it houses everything, ranging from backwaters to beaches and hill stations to forests.

We all know Kerala has become a major hub for spas in India over a period of time. But did you know that Kerala is also the place where the world's first Ayurveda resort was opened? Today, most luxury spas in India can be found only in Kerala. So, how about a tour of this spa world?