7 Astounding Facts About Bangalore Every Traveller Must Know 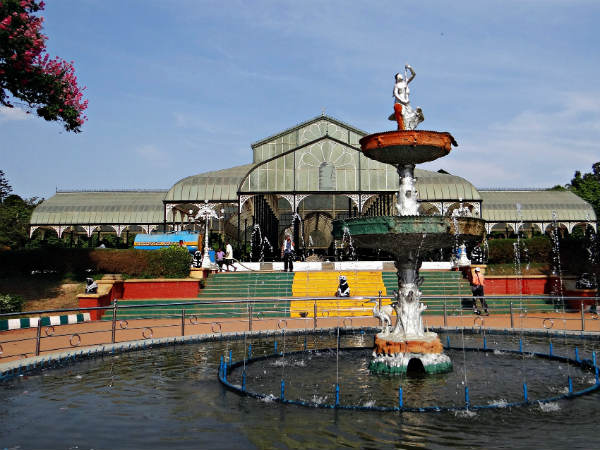 One of the most popular megacities in the world, Bangalore is known as the silicon valley of India. For those who have never traversed the beautiful lanes of Bangalore, this modern city is just a land of apartments and industries for them. But to their surprise, Bangalore is actually a hill station that has developed over a period of time into a modern settlement. Therefore, it is home to hundreds of natural places, ranging from lakes to hills and forests to waterfalls. Today, it is the only megacity in the country that enjoys a calm, pleasant and balmy weather throughout the year. Bangalore also holds a significant place in the chapters of Indian history.

Did you know that Bangalore was founded in the 16th century by Kempe Gowda, a chieftain who worked from the Vijayanagara Empire? If not, then you really need to learn more about this beautiful megacity. Following listed are 7 astonishing facts about Bangalore you must know.

1) It Has A History Before Kempe Gowda Founded It

2) The Origin Of Rava Idli

If you have ever been to Bangalore and have savoured its local cuisine, then you must have relished the taste of rava idli. Did you ever wonder where this mouth-watering dish originated? If not, then let us tell you that it was born in Bangalore and is said to have been invented by a food enterprise named Mavalli Tiffin Rooms, commonly referred to as MTR. With semolina as one of the major ingredients, rava idli has become popular all over the state. Today, you can also find it in several other states, such as Tamil Nadu.

3) Was Once The City Of Lakes

Bangalore is home to several beautiful lakes which are visited by hundreds of locals and tourists every day. But did you know that Bangalore was known as the city of lakes several decades ago? Yes, it was once home to 200-odd lakes and tanks.

However, over a period of time, most of them disappeared and lost their charm on account of modernisation as they were replaced by parks and buildings. Today, the major lakes in Bangalore include Hebbal Lake, Ulsoor Lake, Hesarghatta Lake and Lalbagh Lake.

4) Home To The Most Number Of Software Companies

It is not a surprising fact that Bangalore is home to the most number of software companies; after all, it is called the silicon valley of India. But do know how many software companies have their headquarters in Bangalore? To everyone's surprise, it houses around 200 software companies, which is one of the highest numbers in the country.

5) Malgudi Is Inspired By Bangalore

Even if you have been a big fan of the 90s popular TV series, Malgudi Days, which was based on the novels of R. K. Narayan, this would certainly come to you as a surprise. The word Malgudi is derived from two localities of Bangalore, i.e., Basavanagudi and Malleshwaram. Yes, even R. K. Narayan was charmed by the beauty of Bangalore.

6) First City To Be Electrified

Yes, you read that right. In the year 1906, Bangalore became the first ever city in India to be electrified. It was powered by a hydroelectric station which is set up in Shivanasamudra at a distance of about 125 km from Bangalore. The locality of the city market in Bangalore was the first region to get electricity.

7) One Of The Highest Hill Stations

If there is any metropolis which is equally known for its natural beauty, then it is certainly Bangalore. Surrounded by valleys and hills and located at an elevation of more than 3000 ft, Bangalore can also be found on the bucket list of many nature lovers. It is also one of the few cities in the country which enjoy a pleasant climate throughout the year.

Comments
Read more about: india travel tourism history bangalore news nature parks hills
Other articles published on Sep 14, 2018
We use cookies to ensure that we give you the best experience on our website. This includes cookies from third party social media websites and ad networks. Such third party cookies may track your use on Nativeplanet sites for better rendering. Our partners use cookies to ensure we show you advertising that is relevant to you. If you continue without changing your settings, we'll assume that you are happy to receive all cookies on Nativeplanet website. However, you can change your cookie settings at any time. Learn more
Change Settings Continue