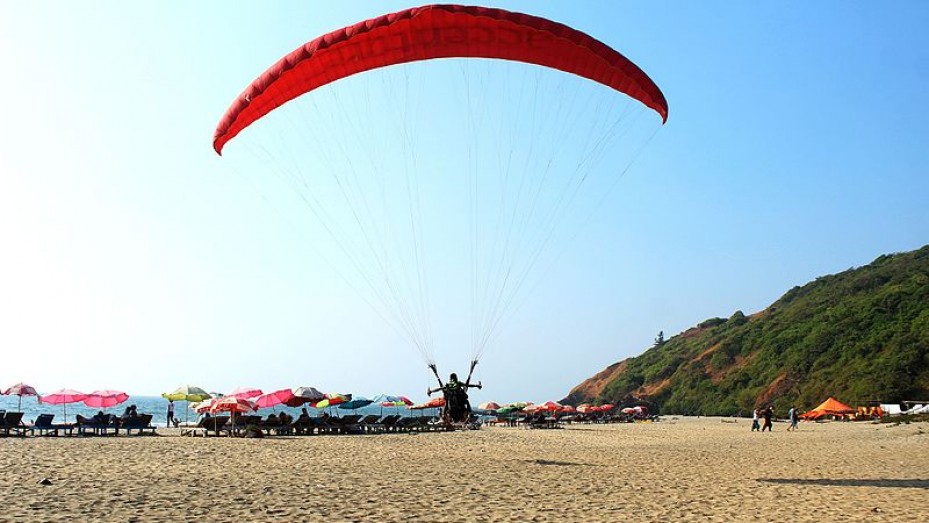 Old Goa is a locality around 10 kilometres north of the capital city of Panjim. It’s a historically and architecturally rich place and served as the capital of Goa during the Portuguese rule.

Old Goa, locally known as Velha Goa, was built by the Bijapur administration in the 15th century before it was taken over by the Portuguese. Old Goa today isn’t very densely populated. This wasn’t always the case, once upon a time it was one of the most populated places in Goa, but disease and epidemics forced people to move out during the 17th century. From then on, it came to be known as Velha Goa and what is now known as Panjim, Nova Goa.

Places To Visit In And Around Old Goa

If there’s something that absolutely marks the significance of Old Goa, it’s the churches in the locality. The Church of St. Francis of Assisi is a Portuguese time church built by the rulers in the 17th century and features a statue of St. Michael in the centre of the facade.

Everything from its ornate pillars to the statues of St. Peter and St. Paul are majestic and found in other international destinations like St. Petersburg. There’s no doubt, Velha Goa has tonnes of religious value to offer.

Things To Do In Old Goa

For those who don’t really prefer a religious angle added to their Goa holiday, don’t get put off just yet. Old Goa has tonnes of fun activities to offer as well. Let’s start with the Carambolim Lake, an artificial one and one that has developed into a safe haven for hundreds and thousands of migrating birds.

The colours are as varied as the species themselves and some of these birds have been migrating here for decades. Carambolim Lake is very proximate to Karmali railway station.

In the 16th century, the Portuguese rulers of Goa put their evangelists to work and set into motion what then became known as the Christianization of Goa. The then Divar Island housed some very famous Hindu temples that were very popular with pilgrims.

Unfortunately, the temples didn’t survive the Christianization, but Divar Island continues to be a very scenic place with its vast stretches of paddy fields. Divar Island is connected to Panjim by a ferry or boat. One must aim to visit this island during the Bonderam or Potekar festivals both of which are famous for their music, parades and colourful costumes.

Tired of nature and looking for architectural wonders apart from churches? Head to the Viceroy’s Arch, a monument built in the 16th century to commemorate the various achievements of the explorer Vasco da Gama. The Viceroy’s Arch also served as a gateway to Old Goa back in the day, being on the main street that leads to it.

Getting to Old Goa is easy enough and a cab or a rickshaw will do fine. One can also opt to drive or ride down if you’ve rented a vehicle. Its best to have your own vehicle since Velha Goa is a very hop-on, hop-off locality with loads of random things to see and do.

Old Goa is Famous for

How to Reach Old Goa