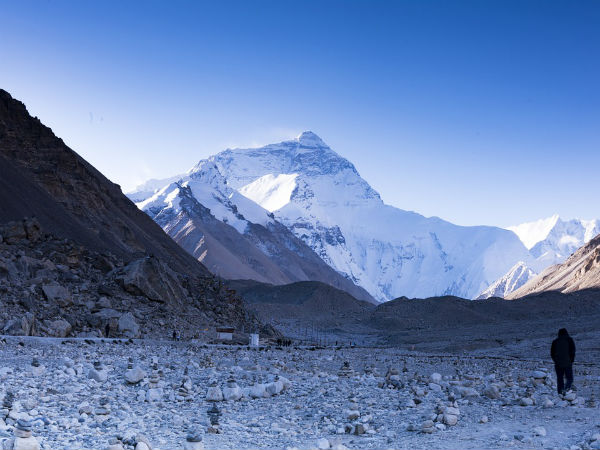 Located approximately 18,875 ft above sea level and home to the world's tallest helipad and the tallest battlefield, the Siachen Glacier, is now open to tourists. Union Defence Minister Rajnath Singh made the announcement on 21 October 2019. Travellers can visit the Siachen Base Camp (11,000 ft) to Kumar Post (15,000 ft).

The announcement was made by Union Defence Minister Rajnath Singh while inaugurating the newly constructed 'Colonel Chewang Rinchen Bridge' over the Shyok River in Eastern Ladakh. It was under military perimeter and was forbidden from entering since 1984. It was almost impossible for civilians to enter Siachen until recently. Only the military personnel and very few journalists were allowed in with many restrictions.

The Siachen Glacier is located along the Northern Ladakh and Western Karakoram Range. The nearest populated village is Varsha, 10 miles from the Indian Base Camp. Siachen, which was familiar on maps and news, is now a tourist attraction for travellers. With doors now open for tourism, there is no doubt, Siachen will become the centre of attention.

When we hear the word 'Siachen', the image that flashes is a snow cavern. But the word 'Siachen' has got nothing to do with the snow. The fact is that the word 'Siac' is dubbed after the wildflowers of the Himalayas. Temperatures can go as low as -50 celsius. And it has also been a pivotal place showcasing many infamous war stories of soldiers. Siachen has been a war ground for tens of thousands of Indian soldiers, for decades. And now that the door is open, tourists and travellers can pay homage to soldiers abreast visit a few untouched natural beauties in Siachen.