Nativeplanet
»
News
»Registration For Amarnath Yatra 2022 | How To Apply

Registration For Amarnath Yatra 2022 | How To Apply 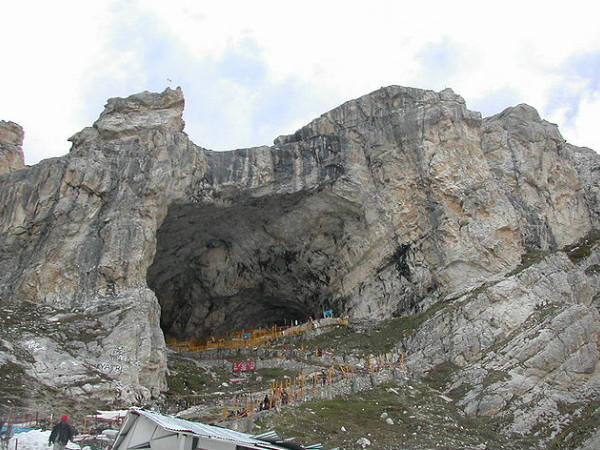 Amarnath Yatra, which was closed for two years due to the Covid-19 Pandemic, will commence on June 30 this year. For the same, registration has started in the designated banks from April 11.

There is tremendous enthusiasm among the devotees of Bhole with the commencement of the Yatra. And the jaunt is expected to break all the previous records of the devotees who went to see Lord Shiva. Shiva devotees have also boosted the preparations.

Shri Amarnath Seva Sansthan General Secretary Omprakash Omi told that this time the number of devotees is expected to increase, as they have started receiving calls from Shiva devotees. He is providing information regarding registration, preparation for the yatra, darshan etc. for Amarnath Yatra.

He said that the number of devotees going for the first time is also expected to increase this time around. There is a lot of enthusiasm among the young devotees. Therefore, at which places camps are held during the journey. What facilities are there? Information about them is also available. Satish Bindra, who took Bhandara from Lucknow, told that his organization's Bhandara also runs during the Amarnath Yatra.

Arrangements are also made for offerings to the devotees. Also, the servicemen of his organization are ready to help. Since the temperature is low at the moment, so one should prepare in the same way. Om Prakash, General Secretary of Shri Amarnath Seva Sansthan told that the Yatra is to be held from June 30 to August 11.

Before issuance of a travel card, a health certificate is done in the main five hospitals of the city, Balrampur Hospital, Lohia Hospital, Lokbandhu Hospital, Rani Laxmibai Hospital, Civil Hospital.

Om Prakash Nigam (Omi), the general secretary of Shri Amarnath Seva Sansthan, an organization that has organized the Bhandara camp in Manigam, Kashmir for the last 30 years, told that the devotees have to show their medical certificate before getting a permit from the bank. Only then will the registration take place.

Jammu and Kashmir Bank will be registered in Punjab National Bank:

Apart from the Aminabad and Nakhas branches of Jammu and Kashmir, there will be registration in the Punjab National Bank of the metropolis. Bank employees have started preparations for the registration. Due to the ongoing yatra being postponed for two years due to Corona, the number of first-time devotees is also expected to increase this time.