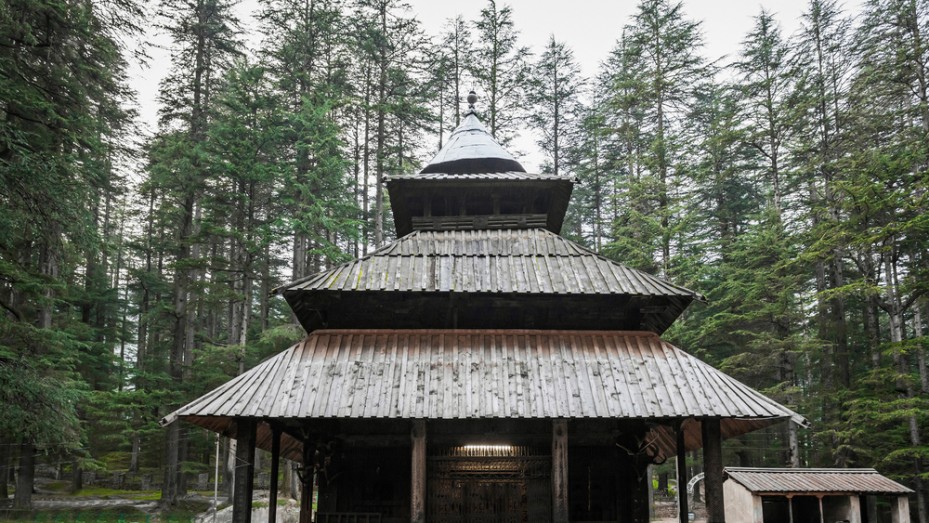 Hadimba Temple is one of the most prominent religious sites in Manali. A cave temple, it is dedicated to Hadimba Devi, the sister of Hadimb who is a demon from the Hindu mythology. Located at the foothills of the Himalayas, it is bounded by forests of cedar. This temple was constructed over a large rock emerging from the ground and dates back to 1553. This rock inside the temple is worshipped by devotees as a representation of the deity. According to a local legend, the king responsible for the erection of the temple ordered the amputation of the right hands of the artisans who worked on its construction. He did this in order to avoid the construction of a similar masterpiece. A ceremony called Ghor Pooja, which involves seeking blessings from the goddess by a ceremonial horse, is organised at this temple. This religious site is thronged by devotees on the 14th of May, which is believed to be the birthday of the presiding deity.