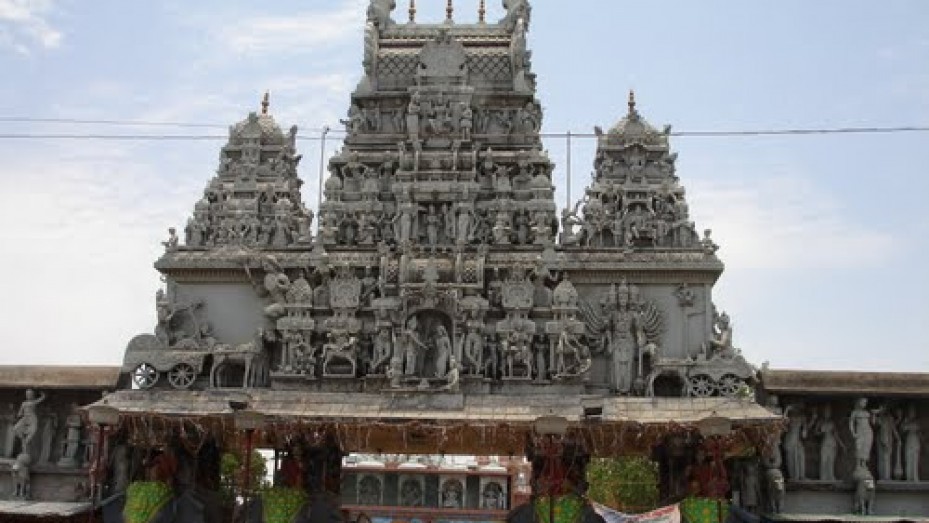 Annapurna Temple is a magnificent temple situated in Indore. The temple is famous for several reasons. It is one of the oldest temples of Indore. The temple was constructed in the 9th century with a blend of Indo-Aryan and Dravidian architectural styles. It has a height of more than 100 ft. It is dedicated to the Hindu Goddess, Annapurna, who is believed to be the goddess of food.

The wonderful architecture of the temple draws inspiration from the world famous Meenakshi temple of Madurai. The entrance to the temple is a grand sight. Four large elephants support an ornate gate. Inside the temple complex, there are separate temples for Annapurna, Shiva, Hanuman and Kal Bhairav.

The outer walls of the temple exhibit colourful mythological images. A major attraction of the temple is the 14 ½ ft high statue of Lord Kashi Vishwanath in the lotus position.