Dharamshala - The Winter Capital Of Himachal 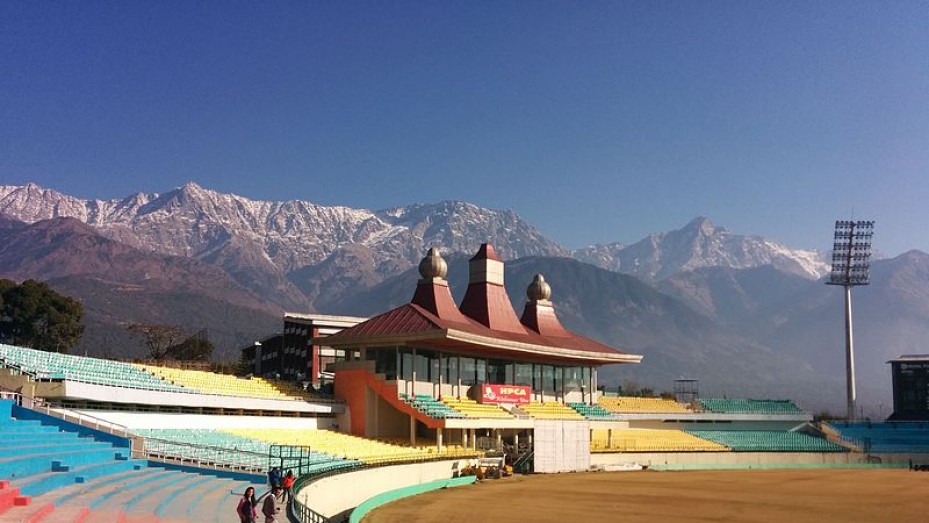 Dharamshala, located at a distance of 27 km from north-east of Kangra, is a noted hill station of Himachal Pradesh. The city is located at a distance of about 251 km from Chandigarh, 243 km from Manali, 247 km from Shimla and 496 km from New Delhi. The place is considered to be the entry way to the Kangra Valley. The scenic beauty of the place is enhanced by the snow-capped Dhauladhar mountain ranges in the backdrop.

Tourist Places In And Around Dharamshala

This important city of the Kangra Valley experienced a devastating earthquake in 1905 after which it was reconstructed and turned into a beautiful health resort and prominent tourist attraction. The city is divided into two different regions, the Upper Dharamshala and the Lower Dharamshala.

The Lower Dharamshala is the commercial centre whereas the Upper Dharamshala is noted for its colonial lifestyle. Areas like McLeodganj and Forsythganj represent the British suburbs, which are worth visiting. Dharamshala rests amid forests of oak and coniferous trees, bordered by the Dhauladhar Ranges on three sides, and offers a mesmerising view of the Kangra Valley.

The Kangra Art Museum located at Dharamshala houses the artistic and cultural traces of the place. Precious artefacts of the 5th century, along with sculptures, paintings, coins, pottery, jewellery, manuscripts and royal attires, can be seen here.

Dharamshala has also been recognised internationally and has been given the prestigious title of ‘The Little Lhasa in India’. His Holiness the 'Dalai Lama' made this beautiful place his temporary abode in the year 1960, while in exile. Owing to vast Tibetan settlements, this place is now also known as ‘the Land of the Lamas’.

Areas like McLeodganj have become noted religious centres where the education and promotion of Tibetan Buddhism takes place in the region. Various monasteries and learning centres, along with several Hindu and Jain temples, are present in Dharamshala. Those visiting the place can buy local memorabilia, including beautiful Tibetan handicrafts, garments, thangkas and handicrafts, in the market of McLeodganj.

How To Reach Dharamshala

The Gaggal Airport, situated in the Kangra Valley, is the nearest air base to Dharamshala, at a distance of about 15 km. This airport is connected to the New Delhi Airport through domestic flights. International travellers can avail connecting flights from Delhi to the Gaggal Airport.

The Pathankot Railway Station connects to all the major railway stations of India. Travellers who are interested to travel by road can avail both private and state transport buses from the cities near Dharamshala.

The summer season at Dharamshala extends between the months of March and June. The temperature of the place during this time ranges between 22° C to 38° C. Owing to the pleasant climate, this season is ideal for adventure lovers who enjoy trekking. Tourists usually avoid the monsoon season in Dharamshala as it experiences heavy rainfall.

During winters, the climate of the place becomes extremely chilly. Temperatures may fall below -4°C, resulting in poor visibility and road blocks. Tourists can plan a trip to Dharamshala between the months of September and June.

Dharamshala is Famous for

How to Reach Dharamshala