Bandhavgarh – A Tryst With Tigers 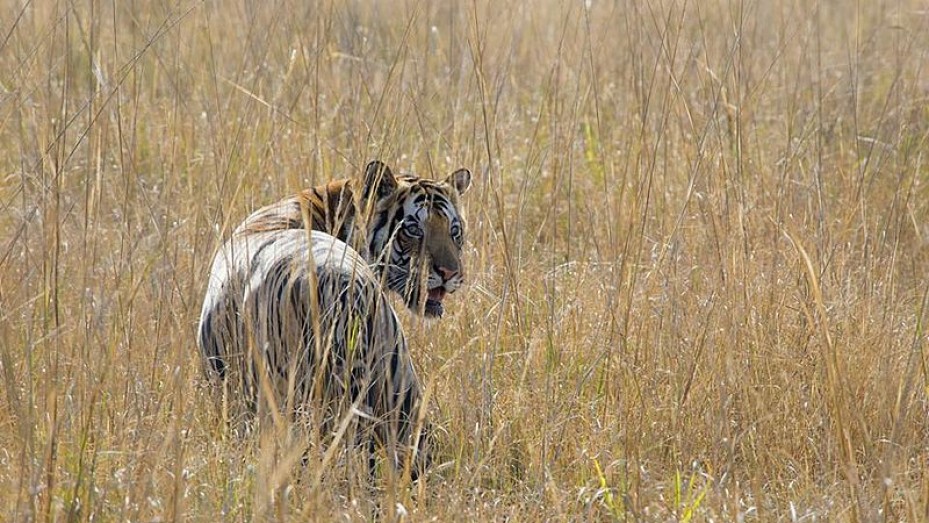 Bandhavgarh is believed to be the original home of the white tigers. As history records, Bandhavgarh was the hunting ground of the Rewa Maharaja. The old fort is the standing sign of this and surprisingly the forts still dominates the forest.

Even before this place was a National Park, Bandhavgarh was a world famous hunter’s joy. Now this kingly pleasure is a thing of the past. The Government of India has been making an effort to save the tigers from poaching, and the population of tigers is increasing steadily.

Owing to a wide biodiversity, Bandhavgarh was introduced to the world as a national park in the year 1968. The place is famous as the home of tigers in India and it prides in sheltering the highest number of tiger population in the country.

Apart from tigers, it also houses a dense population of leopards and different species of deer along with several rare species of wildlife. The Bandhavgarh National Park has about 250 species of birds, 37 varieties of mammals, around 80 species of butterflies and many varieties of reptiles.

The park also has a wide array of flora that include species of saal, dhobin, salai, saja and many more. The rich flora and fauna of the region are one of reasons behind Bandhavgarh tourism, not to mention about the big wild cats that roam here. You will need to spend at least three days and nights at Bandhavgarh to get closer to nature and see the majestic tigers and other animals as well.

Tourist Places In And Around Bandhavgarh

Every tourist will vouch that you cannot miss the Bandhavgarh Fort and its beautiful valley of the Vindhya’s. This entire range has many valleys embedded to each other, and they all end up in small and beautiful meadows, locally called as 'Bohera'. There is a place called Tala which is considered to be the lowest point in the park.

Madhya Pradesh has a history of both Persian and Hindustani culture. This is perfectly shown in its cuisine. A visit to Bandhavgarh is incomplete if you do not get a chance to taste their bhutte ki kees, mawa-bati kebabs and khoprapak.

How To Reach Bandhavgarh

Bandhavgarh can be reached by air, train and road. The nearest airport and rail head to this place is at Jabalpur. The best time to visit Bandhavgarh is during the period from October to March.

Bandhavgarh is Famous for

How to Reach Bandhavgarh