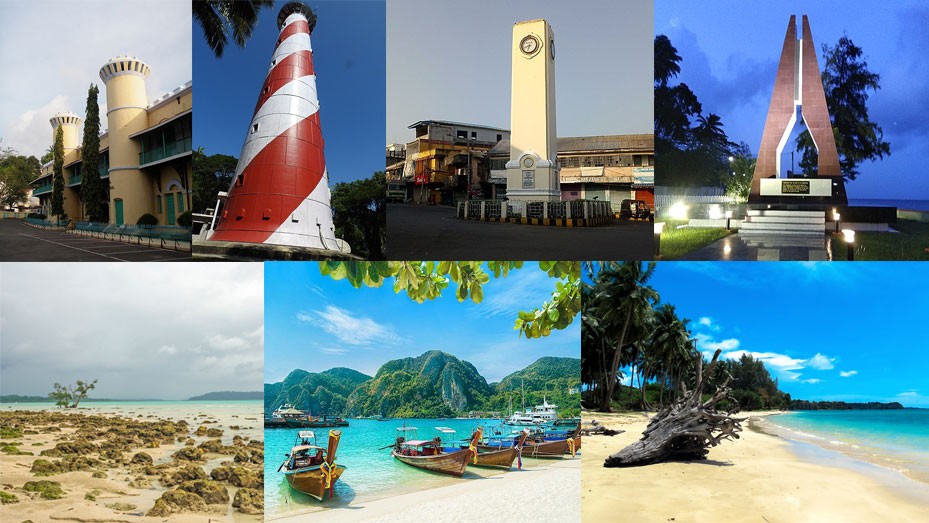 For years, man has always sought seclusion when it comes to a tropical, warm beach holiday. Whether it’s the Brazilian Amazon or the beaches of Ibiza, seclusion brings a tourist to a state of calm that very few of the world’s destinations offer. Well, if it’s seclusion you seek, the Andaman and Nicobar Islands are where you should be.

The Geography Of The Andaman And Nicobar Islands . . .

Over 8000 square kilometres of untapped nature await you at this fabulous holiday destination that forms India’s largest offshore union territory in the Bay of Bengal and is also India’s southernmost tip. The Andaman and Nicobar islands are two distinct groups of islands separated by the 10 degree north latitude.

The capital city of Port Blair is the gateway to these islands with a dedicated airport and it’s also the most densely populated area of the islands. From Port Blair, one can use one of many modes of transport to make their way around the rest of the islands which are essentially an exposed ridge of an underwater mountain range spread over approximately 800 kilometres from north to south. Port Blair is also accessible via a ferry from many east coast Indian ports like Chennai (Madras) and Kolkata (Calcutta).

The Andaman and Nicobar Islands are an endless collection of clean white sandy beaches, loads of opportunities for scuba diving and exploring the underwater world, the flora and fauna and a whole lot of naturally created sightseeing spots that leave you speechless. Off late, the Andaman and Nicobar Islands have also acquired an eco-friendly destination status which adds to the incentive.

The list of attractions do not end at beaches and scuba diving, the Andaman and Nicobar Islands have vast dense forests with hundreds of different species of birds and flowers which make for quite a perfect honeymoon setting. That put together with how well the locals have managed to blend their resorts into the surroundings, promises to offer you an experience that is truly tropical and least adulterated. To give a tourist an idea of how unique the Andaman and Nicobar Islands are, so far around 2200 species of plants have been identified in the forests, of which 1300 aren’t found in mainland India.

The Andaman and Nicobar Islands are also a huge market for decorative shellfish and oysters. Often referred to as India’s best-guarded secret, the Andaman and Nicobar Islands promise to be the go-to destination for tropical getaways in the near future. TIME magazine has recently rated the Radhanagar Beach on Havelock Island as one of Asia’s finest. The Havelock Beach itself is a sight worth seeing with clean blue water and marine life one can’t witness anywhere near the mainland.

Talk about an Andaman getaway and most tourists want to visit Jolly Buoy. Jolly Buoy Island along with other island groups like Havelock Island and Cinque Island form part of the famous Mahatma Gandhi Marine National Park, also called the Wandoor Marine National Park. Being heavily guarded for pollution, adulteration and a designated ecozone, tourists can experience a tropical paradise at its best. The marine life, clean vast corals, the flora and fauna in general are unparalleled in the region.

How To Reach Andaman And Nicobar

Getting to the Andaman and Nicobar Islands is easy enough. Most of the leading airlines in India offer direct connections to Port Blair’s Veer Savarkar Airport from Kolkata, Bhubaneshwar and Chennai. The Shipping Corporation of India operates a vessel named M.V. Nancowry, after one of the islands in the Nicobar Island group, which does a run between Chennai and Port Blair twice a month and between Vizag and Port Blair once in three months.

View All Andaman and Nicobar Attractions

View All Andaman and Nicobar Destinations