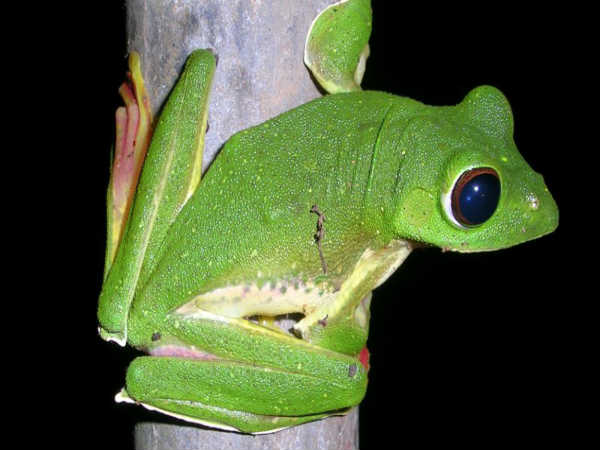 As a popular tourist state, Goa has earned a name for itself over the years, as one of the most visited states in India. Goan beaches, with their sparkling water and white sand, lined with palm trees give an unmatched experience to the visitors. Untainted by pollution and offering unlimited fun, the laid-back state of Goa is a tourist's paradise, no doubt!

Along with the beaches, lovely little shacks, music festivals, flea markets, inexpensive alcohol and goan delicacies, Goa is also abundant in a variety of flora and fauna that might be of interest to many of the travellers. With rivers, forests, falls and marshes, Goa even has a lot of eco-tourism potential.

Located at a distance of 57 km from the city of Panaji in Goa, the Bhagawan Mahaveer Sanctuary lies along the Western Ghats and is also the largest sanctuary in Goa. Animals such as leopard, common langur, mouse deer, porcupine, black panther, wild boar, malabar frog and so on can be seen here.

Also, some of the birds that can be spotted here are drongo, emerald dove, fairy bluebird, golden oriole, great hornbill, Indian black woodpecker and more. The Dudhsagar Falls, Tambdi Surla Temple and Devil's Canyon are some of the important attraction found here.

The Bondla Wildlife Sanctuary is situated in Northeastern Goa and a great place to be visited, thanks to its abundant wildlife. Sambar Deer, Indian Bison, Malabar Giant Squirrel, Indian Peafowl, a variety of snakes etc are seen here.

Injured leopards, along with bears and snakes used for commercial purposes are rescued and provided a shelter at the Bondla Wildlife Sanctuary.

In addition, the sanctuary also includes a nature interpretation center, rescue center, a library, restrooms, children's play area etc to make it a worthwhile experience to the visitors.

This protected area is located in Northern Goa, along the Western Ghats. The Mhadei Sanctuary is known to have a rich biodiversity and also the presence of the rare Bengal Tigers.

Make sure you pay a visit to these wildlife sanctuaries the next time you are at Goa.

Comments
Read more about: panaji goa wildlife
Other articles published on Oct 3, 2013
We use cookies to ensure that we give you the best experience on our website. This includes cookies from third party social media websites and ad networks. Such third party cookies may track your use on Nativeplanet sites for better rendering. Our partners use cookies to ensure we show you advertising that is relevant to you. If you continue without changing your settings, we'll assume that you are happy to receive all cookies on Nativeplanet website. However, you can change your cookie settings at any time. Learn more
Change Settings Continue