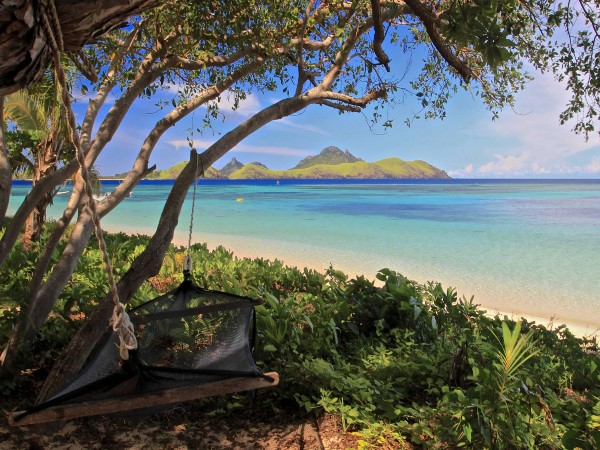 Welcome to Fiji's Largest island, at a chunky 145 km (90 mi) by 105 km (65 mi), Viti Levu is divided in half geographically and climatically and climatically by a rugged north-south mountain range peaking at Mount Victoria, also known as Tomanivi. To the east - heavy rainfall and strong dairy industry. To the west - drier climate and sugar cane production. Other industries include gold mining, light manufacturing and - of rapidly increasing importance - tourism. The island is a major hub of air and sea communications in the southwest Pacific.

The Republic of Fiji's vibrant capital city, Suva, is here, along with some three-quarters of the nation's population. There is a good route around the island's perimeter, connecting Suva with the coastal towns of Sigatoka, Rakiraki, Nausori, Nadi, Lautoka and Ha. Most visitors arrive at Nadi International Airport on the dusty west coast, which serves as a good starting point for those who take the island driving tour. This involves a leisurely two- or three-day circumnavigation on the island's only paved roads - Queen's Road, along the southern coast from Suva to Lautoka, and King's Road along the north shore from Lautoka back to Suva.

It is an excellent way to see the Island, stopping frequently to explore intriguing tracks into the interior or down to the sea, and chatting with the famously friendly locals. King's Road is in poorer shape, is longer and not much travelled by tourists, passing through a country that is less developed than the south. For those who prefer a classic Pacific beach holiday, there are numerous attractive resorts, both on the Mainland and offshore islands.

Best of all, it doesn't have to stop there - Viti Levu is the gateway to the Fiji Archipelago's thousands at least 100 of which are inhabited and are waiting for visitors with open arms.

The temperature is pretty even all year round, with the driest months being April, May and June, followed closely by October.

By air from almost anywhere - long or short haul, or a mixture of both