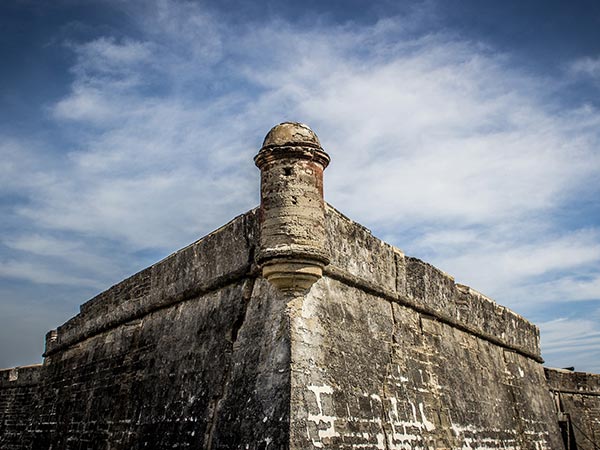 The history of India is always deemed incomplete without the legends of the forts and palaces. It is next to impossible for everyone to think of India's past without getting in touch with the beautiful tales of its royal residences and war monuments. Think of a place and it seems to shout out its proud history - few through palaces, some through forts and several through their ruins.

One such place is situated in the Hassan district of Karnataka, which is considered to be one of the few forts built on the pattern of military architecture. Excited to know more about this military fort of the 18th century? If you are the one who always fantasises about indulging in the historical beauty of India, then this article is definitely for you. Read on to more about Manjarabad Fort.

A little Bit Of History

Built under the command of Tipu Sultan, Manjarabad Fort is one of the finest pieces of military architecture. This fort was designed by Sebastien Le Prestre, a French architect who is known to be one of the pioneers of modern architecture of forts and has immensely contributed to the military fortification.

The fort was developed as result of an ongoing war between Tipu Sultan and the British Army. Due to his good relationship with the French, who was helping Tipu Sultan fight against the British, Tipu Sultan was successful in taking help from French engineers in order to build a unique fort which could not be breached easily.

Consequently, the fort was completed in 1792. Since then, it has been standing strong and certainly narrates its legends of survival and existence. So, how about paying a visit to this unique fort of Karnataka?

The speciality of Manjarabad Fort lies in its architecture and structural formation. Nestled proudly amidst the thriving plains of Hassan and surrounded by the pristine beauty of nature, Manjarabad Fort is a star-shaped fort and boasts of its eight toughest walls. The star shape of the fort comes from its arrowhead structure of the bastions, which was an advantage to the soldiers and eventually helped in taking down the enemies who came close to the fort.

Manjarabad Fort is also believed to be connected to the fort at Srirangapatna by an underground tunnel. The government of Karnataka is also taking measures to preserve the beauty of this fort and to make it a proper tourist spot by planting trees and gardens all around the fort. Why not visit this elegant fort this season before it gets popular and crowded?

Why Manjarabad Fort Should Be Your Next Destination

Now, when you are aware of the greatness and specialities of this star-shaped military fort, why not catch a glimpse of this monumental piece of military architecture at Hassan this season? Apart from scrutinising its structure, you can also spend some time sitting idly under the shades of the fort that tranquilise the environment within the fort.

If you love gazing at the architectural wonders of the history, then Manjarabad Fort is the right place for you. Get yourself in the spacious corridors of the fort and find your soul commending the breathtaking beauty nestled in and around the fort. On clear days, you can also catch a glimpse of Arabian Sea from the top of the fort.

How To Reach Manjarabad Fort

By Rail: Hassan is well connected to other major cities by rail. You can catch a train from any major city to Hassan Junction and then from there you can take a cab to Manjarabad Fort. Manjarabad Fort is located at a distance of 46 km from the centre of Hassan.

Even though there is no specific time to visit any historical piece of unbelievable legends, it is still advisable to not visit Manjarabad Fort during the summer season due to its extreme temperature conditions.

If you desire to walk in and around the fort and explore each and every corner of this marvellous fort, then do visit Manjarabad Fort during the winter season, from October until the end of March, as the climate is moderate during this period.