The Twelve Jyotirlingas of India 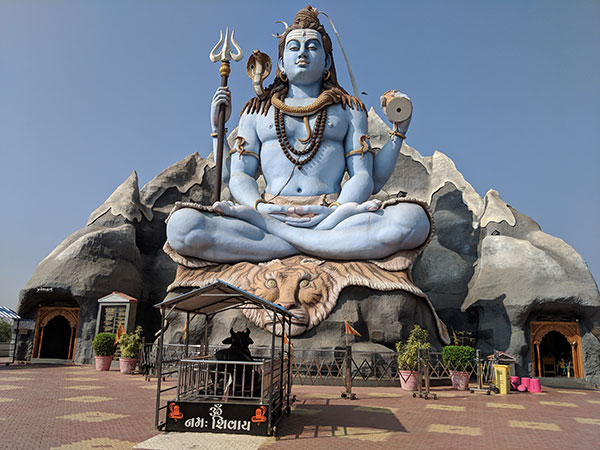 What Is A Jyotirlinga?

A Jyotirlinga is a shrine where the revered Hindu deity, Lord Shiva is worshipped in the form of a Jyotirlingam. When you split the word 'Jyotirlinga', it gives you 'jyoti' that translates to 'radiance' and 'linga' which translates to 'phallus'. The Jyotirlingam is a phallic shaped radiant figurine of the deity. It is considered as a different manifestation, a devotional representation of Lord Shiva.

Lord Shiva's Jyotirlinga's are considered highly auspicious and holy. A Jyotirlinga is one of the most revered shrines of India and is mobbed by a lot of devotees and visitors worldwide.

There are a total of 12 Jyotirlinga sites in the country which are considered eminently sacred and auspicious. Embark on a spiritual sojourn while we walk you through these divine Jyotirlingas that swathe the country.

Regarded as the very first of the 12 Jyotirlingas, the Somnath Temple in Gujarat is a magnificent sight to behold. The temple architecture resonates much with the Chalukyan style of architecture, hence it being a revered pilgrimage site, the temple attracts visitors for its architectural excellence as well. With legends and myths related to its subsistence, there is this one legend from the Shiv Purana tales which reveal that the Moon once married 27 daughters of Dakshin Prajapati. But the Moon was cursed by Prajapati for neglecting all his wives except one- Rohini. So as to do away with the curse and regain his lost lustre and beauty, the Moon worshipped Lord Shiva. Shiva then granted his wish as he appeared as a fiery column of light and resided at this very place as 'Somnath' eternally. Huddled in the Kathiawad region, the Somnath Jyotirlinga Temple was demolished and re-built almost about sixteen times.

Known to the world as the 'Kailash of the South', the Mallikarjuna Jyotirlinga is solicitously snuggled atop the Shri Shaila Mountain, on the banks of the Krishna River in the southern part of Andhra Pradesh. With divine serenity and excellent architecture the Mallikarjuna Jyotirlinga is bedecked with a plethora of decorated pillars and intricate carvings. The temple houses gopurams, a mukha mandapa hall and ornate statuettes of the deities- Lord Shiva and Bhramaramba or Goddess Parvati. The shrine is also considered as one of the major Shakti Peeths of the country. People believe that just a glance of the tip of the Shri Shaila Mountain is enough to emancipate one of all sins. The Mallikarjuna jyotirlinga, unquestionably, makes for one of the greatest Shaivite shrines of the country.

Ensconced by the dense forests of the Mahakal, the Mahakaleshwar Jyotirlinga is nestled on the banks of the Kshipra River. As one of the well known Jyotirlingas of the Central India, the Mahakaleshwar Jyotirlinga is believed to have been set up by a 5 year old boy named Shrikar. Stories have it, that the boy was enthralled by the immense devotion of the Ujjain king, Chandrasena towards Lord Shiva and this led to the act of him worshipping a stone as Lord Shiva. Satisfied with his devotion, Lord Shiva assumed the form of a Jyotirlinga and resided in the Mahakal forest. The temple is also popular as a 'Mukti-Sthal', a place that can liberate a being.

Situated amidst the Himalayas which is Lord Shiva's eternal abode, the Kedarnath Shrine is also the northernmost Jyotirlinga of India. This shrine has a rich heritage and can be reached only by foot and open to the public for only six months in a year.

Situated on an island on the banks of River Narmada which is said to be in the shape of the ‘Om' symbol, the Omkareshwar shrine is another important Jyotirlinga of Madhya Pradesh.

Located near Pune in Maharashtra, the Bhimashankar Shrine is another one of the twelve Jyotirlingas of India. The lush green forest and the scenic surroundings make this a serene pilgrimage spot for the devotees. The Bhima River and the Sahyadri ranges surround this shrine.

Located at Varanasi, the Kashi Vishwanath Temple is coveted as the holiest place for Hindu Worship in India. Additionally it is also another Jyotirlinga. This shrine is on the banks of River Ganges, where many Hindus perform the last rites of the departed. The temple is dedicated to Lord Vishwanath, another form of Shiva.

Another important Jyotirlinga is near Nashik district of Maharashtra and it is called the Trimbakeshwar Shrine. Here the main feature is the lingas bears the three deities depicting Lord Brahma, Lord Vishnu and Lord Rudra.

Situated at Deoghar in the state of Jharkhand, the Baidyanath Shrine is also one among the Jyotirlingas of India. This shine is a complex that houses 21 temples, the main one dedicated to Baba Baidyanath. During the Hindu month of Shravan a lot of devotees throng this place.

This Jyotirlinga shrine has a rich history and can be found near Almora of Uttarakhand. This shrine is a part of 124 temples at Jageshwar. This Jyotirlinga temple celebrates the occasions of ‘Mahashivratri Festival' and the ‘Jageshwar Monsoon Festival' with grandeur.

Dedicated to Lord Ramanathaswamy, the Ramalingeshwara Shrine at Tamil Nadu is famous as the southernmost Jyotirlinga of India. It also houses the ‘Pillar of Lord Rama'. This shrine also has other temples around dedicated to various deities.

Said to be the last Jyotirlinga among the twelve, the Ghushmeshwar Shrine is situated near the renowned Ranthambore National Park in Rajasthan. This temple is visited by devotees from all over the country and is a revered Jyotirlinga site of India.