Travel the Scenic Landscapes of Karnataka with Lingaa 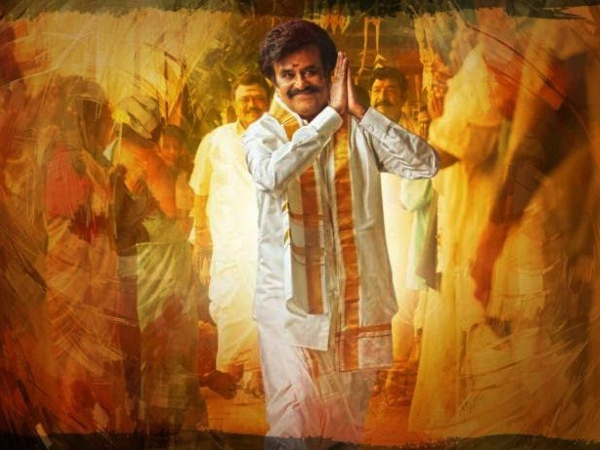 South Superstar Rajnikanth recently celebrated his 64th birthday and this was done by releasing his latest movie Lingaa in theatres world wide. You must be wondering what makes this movie worth mentioning here? Well, many portions of it were shot in Karnataka and the unit has gone out of their way to capture the beauty of the various locations in Karnataka on film.

So if you are a die hard Rajnikanth fan and have already watched the movie countless number of times then the next thing that you should have on your bucket list is to head to these places in Karnataka where it was shot. With the vacations around the corner and the year about to end it is the perfect way to pay homage to the SuperStar and also enjoy while you are at it.

Explore hotels across Karnataka and book the ideal room at rates starting at just Rs. 419!

Melukote, located in the Mandya district of Karnataka is a sacred place. The place is also known as Thirunarayanapuram and is built on three rocky hills namely Yadugiri, Yaadavagiri and Yadushailadweepa that overlook the Cauvery valley. It is a popular pilgrim destination as the Cheluvanarayana Swamy Temple and the Yoganarasimha Temple are located here. Devotees come from far and wide to seek the blessings of the gods here. Recently this place has received much prominence as the shooting of the Tamil movie Lingaa starring Rajnikanth was done here.

A visit to Pandavpura in Srirangapatna taluk in Mandya district of Karnataka is a must for all Rajnikanth fans, as it was here that certain parts of his latest blockbuster Lingaa were shot. Situated amidst two hills made of rocks, the town got its name because of the belief that the Pandava brothers stayed here for a while during their exile. The town is bound with beautiful paddy and sugar cane fields that add to the charm of the place. As agriculture is the main occupation of the people of this town, tourists can see various agricultural products, ayurvedic products and handiworks while passing through here.

Chamundi Hills, located at an elevation of around 1,065 mt above sea was another shooting location for the Tamil movie Lingaa. It is a must-visit place for all Rajnikanth buffs who are sure to recall the images of the film here. Atop the Chamundi Hills is the Chamundeshwari Temple, dedicated to Goddess Parvathi. The temple was constructed in the 11th century by the Mysore kings. Another major attraction of Chamundi Hills is the statue of Nandi that is around 5 mt tall and is engraved out of single black granite. A small temple dedicated to Hanuman is also present on the hill. Tourists can enjoy the beautiful view of the city from the top of Chamundi Hills.

Mysore Palace, also known as the Amba Vilas Palace, is a major tourist destination for travellers in the city of Mysore. The palace displays Indo-Saracenic, Dravidian, Roman and Oriental styles of architecture. It happens to be one of the most visited tourist attractions in the world and also holds the privilege of being listed by the New York Times as one among the 31 'must-visit' places on earth.

Visitors can also see the rooms that are dedicated to gallery of royal costumes, portrait gallery and jewellery. The walls of this palace are embellished with paintings of Siddalinga Swamy, Raja Ravivarma and K. Venkatappa. Constructed between 14th and 20th centuries, Mysore Palace has twelve temples showcasing various styles of architecture. It was also recently a shooting location for Rajnikanth's latest movie Lingaa. Need any more reasons to visit here?

Thirthahalli is a panchayat town located in the Shimoga district of Karnataka. It lies on the bank of the river Tunga. According to the Hindu legend, sage Parasurama beheaded his mother Renuka on the order of his father and then came here to wash his blood stained axe in the river. This place is also called Parashurama Thirtha and is the origin of the name Thirthahalli. This legend has made Thirthahalli a holy place for the Hindus, who believe that a dip in the river Tunga will cure them of all sins. Some of the attractions here include the Tunga bridge and the Sri Rameshwara Temple, and if that is not enough to make you want to visit this place then maybe you should recall that certain parts of the Tamil movie Lingaa, starring Rajnikanth, was shot here. So head on here and explore the many secrets that this town holds.

Jog Falls also called Gerosoppa Falls or Joga Falls is the second highest plunge waterfall in India after the Nohkalikai Falls of Meghalaya. Located in the Shimoga and North Kanara border this waterfall is certainly a marvellous sight to see. It is created by the Sharavathi river and drops a distance of 830 ft. The falls consists of four segments namely - Raja, Rani, Rover and Rocket. The beauty of this view is enhanced by the lush green surroundings. There are several vantage points here from where one can witness the Falls. Getting down to the base of the falls and then climbing back can be a tough and tiring trek. Also, certain portions of Rajnikanth's latest blockbuster Lingaa were shot here. A excuse good enough for every fan of his to come visit this place!

Located 63 km from Jog Falls, Linganamakki Dam is a popular tourist spot in Sagara Taluk. A beautiful sight of forest-covered islands and hill slopes laden with greenery can be seen from this dam. The ideal time to visit it is during the monsoon season. Photography is strictly prohibited here. This dam gained prominence after it was recently portrayed in Rajnikanth's latest movie Lingaa.

Comments
Read more about: pandavpura mysore palace chamundi hills karnataka jog falls
Other articles published on Dec 18, 2014
We use cookies to ensure that we give you the best experience on our website. This includes cookies from third party social media websites and ad networks. Such third party cookies may track your use on Nativeplanet sites for better rendering. Our partners use cookies to ensure we show you advertising that is relevant to you. If you continue without changing your settings, we'll assume that you are happy to receive all cookies on Nativeplanet website. However, you can change your cookie settings at any time. Learn more
Change Settings Continue