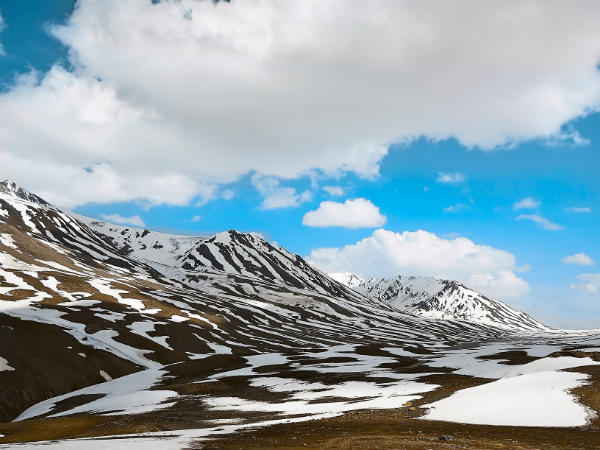 Arunachal Pradesh is one amongst those states in India which can be easily categorised as the least-explored places in the country. Despite housing ancient marvels as well as natural wonders, it has still not gained fame amongst tourists and travellers. However, it could be found on the wish list of several unconventional travellers, who have been successful in marking Arunachal Pradesh on the global map of tourism. From snow-capped mountains to incredible hills and beautiful monasteries to rich culture, there is a lot to explore here.

So, why not plan a trip to this untouched heaven this season? If you are keen on exploring the magnificence of Arunachal Pradesh, then it is advisable to plan a tour of the marvellous Bum La Pass. Well, read on to learn about the 5 major reasons it should be frequented by every traveller this season.

1) One Of The First Snowfall-receiving Places

Yes, Bum La Pass is one of the first places in Northeast India where snowfall hits every year. It is located at a distance of about 50 km from Tawang and makes for a perfect destination for snow lovers. However, one needs to get a special permit from the India Army to access it.

It is a mountain pass and is located at an elevation of more 15,000 ft. Hence, it is no wonder it receives the first snowfall of the season along with Tawang in Northeast India. So, all snow lovers out there, add Bum La Pass to your bucket list.

2) A Site Of Historical Importance

Unknown to many, Bum La Pass is the same place where one of the battles of the Sino-Indian War took place in the year 1962. In the past, an old trade route passed through Bum La Pass. Therefore, it is of great historical importance to several history lovers.

Did you know that Bum La Pass is also the region from where Dalai Lama escaped Tibet and took refuge in India? So, don't you think a visit to this historic pass would be an unforgettable affair? If you are a history lover, then you shouldn't miss out on Bum La Pass.

3) One Of The Least-explored Passes

Unarguably, Bum La Pass is one of the least-explored passes in India. First of all, one needs to take permission from the Indian Army to reach the pass and secondly, its existence is unknown to many tourists and travellers. Hence, it remains a hidden destination throughout the year.

It makes for a perfect stoppage for those unconventional travellers who love discovering new places. As it is frequented by only a few travellers, you can enjoy a pristine, unpolluted and peaceful atmosphere here.

It is one of the highest mountain passes in Northeast India. Therefore, it is one place from where you can savour the grandeur of snow-capped mountains. The nearby Sangestar Tso Lake, which is located at a distance of around 8 km from Bum La Pass, is another spot to look forward to.

A song featuring Madhuri Dixit, a Bollywood actress, from the movie Koyla was shot at this lake, so it is sometimes referred to as Madhuri Lake. The region of Bum La Pass will certainly let you feel the essence of tranquillity.

How can someone forget to bring a camera when they are on a trip to some heavenly expanse? Well, let us tell you that the region in and around Bum La Pass is no less than heaven. The presence of snow-clad mountains, beautiful hills, lakes and small human settlements makes the region a camera-ready destination.

It is here where you can capture some of the most beautiful shots of nature on your camera. The spectacular frame of the clear blue sky in the background and the mountains and hills in the foreground will definitely amaze you. So, if you are a nature photographer, here you got your next destination.